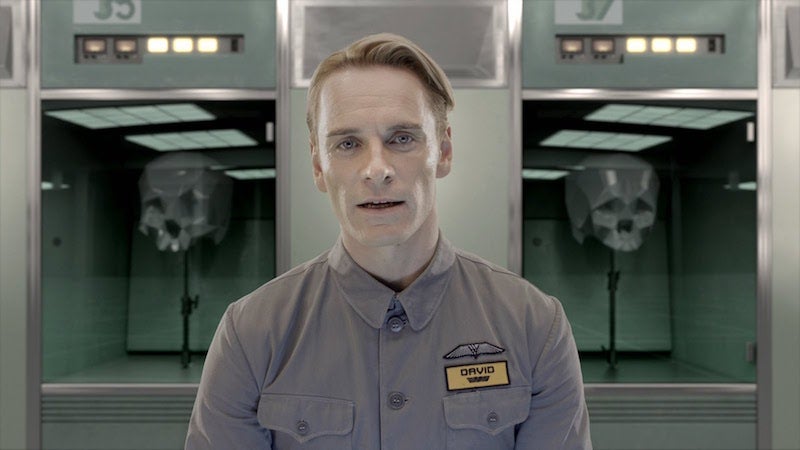 In a new interview, Michael Fassbender confirmed details about what he’s up to in Alien: Covenant. And despite his claims that it’s all he’s allowed to say, it’s still pretty interesting.

A couple of years ago, back when this movie was still Prometheus 2 and not at all an Alien movie, rumour had it that the script featured multiple versions of the android played by Michael Fassbender in Prometheus.

Now, according to a bit of an interview included in The Irish Times (and reproduced on Twitter), the “multiple” android situation has been pared down to two, and now they have names. Here’s what Fassbender said:

I am allowed to say I am playing two robots — Walter and David. I think what’s great about it is that Ridley has gone back to the original DNA of Alien, the horror element of that. But is also has the scope and the scale of Prometheus. Ridley has cut it already. He is a machine. He is an incredible human being and he was in such good form. He is such an imaginative and mischievous figure.

Walter is such a sad name for a robot. Also, many robots of the same model will help explain why David isn’t, as he was at the end of Prometheus, just a severed head travelling through space.

Alien: Covenant is never going to be as good as the movie in my head.