Eric Trump Already Managed To Screw Up US Election Day 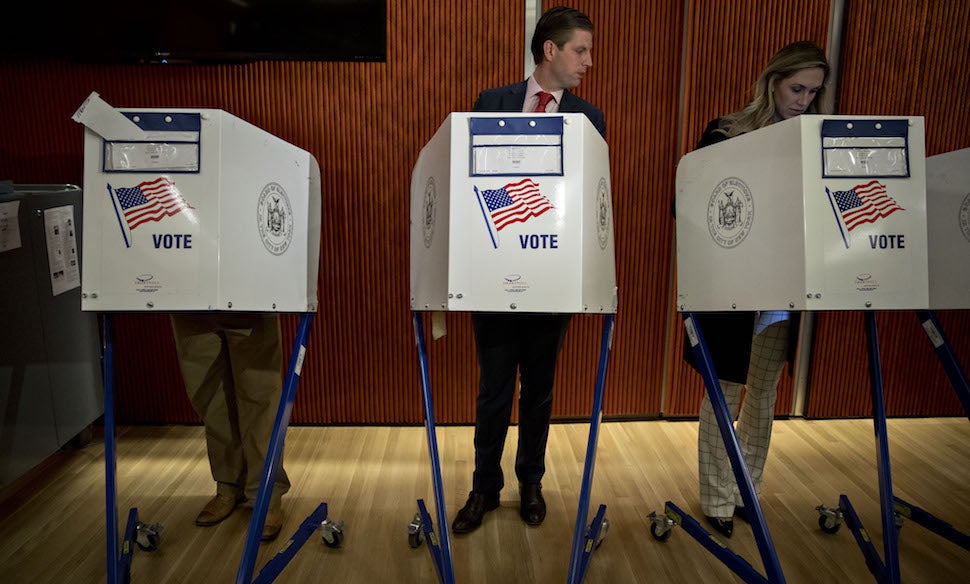 Today is Election Day in the US, which means millions of people – including the spawn of the candidates themselves – will be casting their ballots. Eric Trump, for example, proudly submitted his ballot. In fact, he was so proud that he decided to share it with everyone on Twitter!

In a since-deleted tweet, Eric posted a photo of his ballot with the message, “It is an incredible honor to vote for my father! He will do such a great job for the U.S.A!”

In case anyone missed it or they delete it here's a screengrab of @EricTrump tweeting a photo of his ballot pic.twitter.com/dvQHPsjWf9

The problem, of course, is that “ballot selfies” and their ilk are barred in some states – states like New York, where Eric Trump lives and appears to have cast his ballot, as evidenced by the words “Nueva York” at the top of the image. Besides New York, ballot selfies are banned in Michigan, Tennessee, Florida and New Jersey, among other states.

Meanwhile, Eric Trump’s secretive glances at his wife’s ballot were mirrored elsewhere – by his father, Donald:

We reached out to the Trump campaign to inquire about Eric’s ballot selfie, but had not heard back at time of writing. In the meantime, happy anniversary, Eric.

Who would have thought that our wedding anniversary would happen to be Election Day! Happy anniversary @LaraLeaTrump pic.twitter.com/jXcgcJRJAL