Donald Trump Has His Own .Gov Site Now And It’s All Real 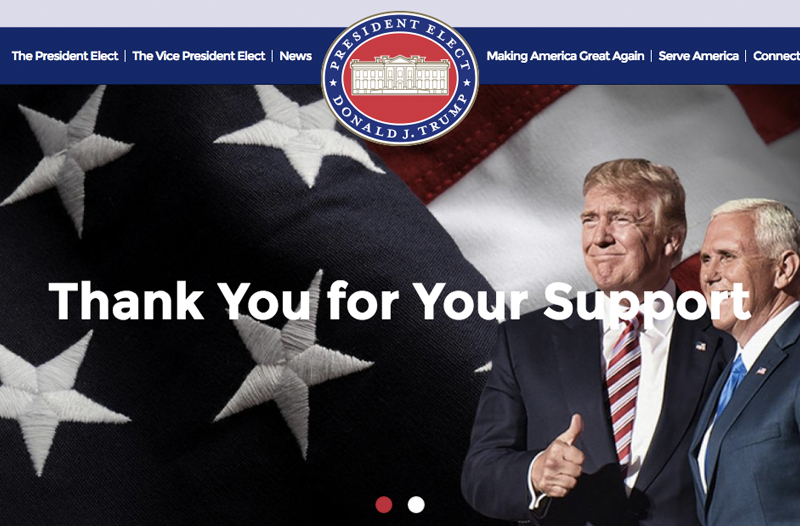 Working together, we will begin the urgent task of rebuilding our nation and renewing the American dream. Join us at https://t.co/jioPNgivfT

“Ensuring the smooth transition of presidential power has been a democratic hallmark of the United States for more than 200 years,” begins a press release on the page, implicitly reminding citizens that chaos and rioting are — historically-speaking — regarded as extremely unchill.

“During the 73-day period between Election Day and Inauguration Day, the President-Elect will deploy Agency Review Teams to each federal agency to ensure a smooth transition between administrations,” it continues. “Simultaneously, the incoming administration will identify, vet, and select candidates for approximately 4,100 presidential appointments.” Holy crap.