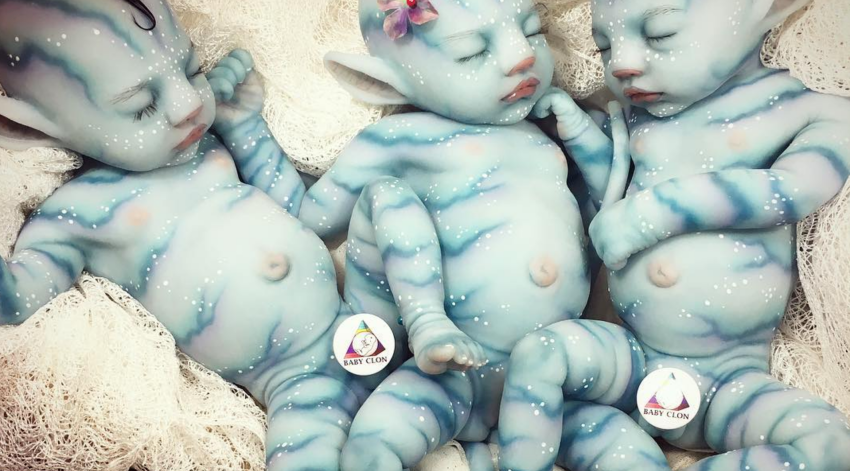 This wasn’t a thing we needed in this world, and yet here we are.

Babyclon, a doll company specializing in realistic silicone baby dolls, has turned its attention to the upcoming tetralogy of James Cameron’s Avatar sequels. They have released the first look at a new line of Avatar Na’vi baby dolls, and yes, for some reason the males ones are complete with little baby dicks. The females have their equivalent.

There are so many questions that arise from this. Mostly, why? Why make realistic Na’vi baby genitalia? What purpose does this serve other than to gross out most of the population, except for that slim percentage you wouldn’t want around naked Na’vi babies? It’s not only weird and gross, it’s also not canon.

As it turns out, Na’vi males don’t actually have outside genitalia the way that humans do. According to the way-too-detailed Avatar Initium Wiki, male Na’vi have their genitalia inside their bodies, protected by a thin layer of fat. It only comes out, literally pushing through the folds of fat, once a Na’vi becomes aroused. So, is Babyclon basically saying all of these Na’vi babies have hard-ons? Someone put an end to all of this.