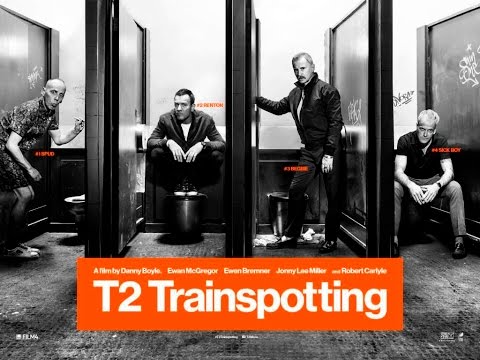 The original Trainspotting hit theatres all the way back in 1996. (Christ, that makes me feel old.) Based on the book of the same name by Irvine Welsh, the film was a surprise hit that somehow made heroin addiction and junkie lifestyles palatable.

Two decades later and we’re finally getting a sequel. You can watch the trailer above, but be mindful if you’re viewing at work: it has some blink-and-you’ll-miss-it rude bits.

Twenty years have gone by.

Much has changed but just as much remains the same. Mark Renton (Ewan McGregor) returns to the only place he can ever call home.

Other old friends are waiting too: sorrow, loss, joy, vengeance, hatred, friendship, love, longing, fear, regret, diamorphine, self-destruction and mortal danger, they are all lined up to welcome him, ready to join the dance.