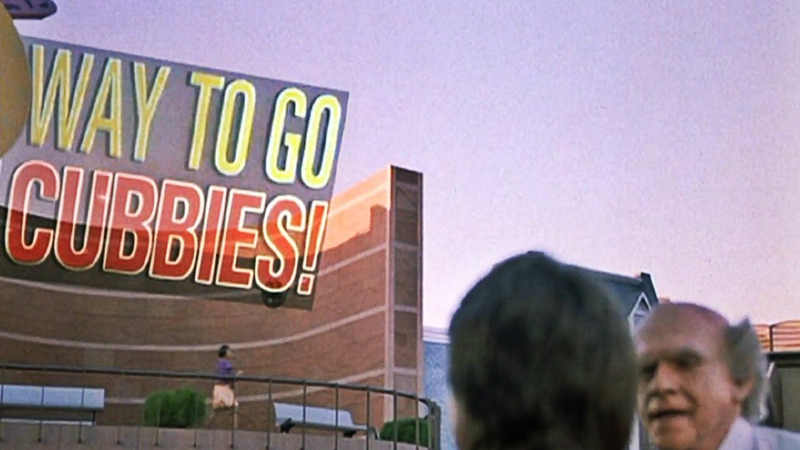 So you might possibly have heard that earlier this week the Chicago Cubs broke a 108-year record to win the World Series against the Cleveland Indians – a victory kiiiiind of predicted by Back to the Future II‘s alternate 2015. THR caught up with screenwriter Bob Gale to discuss the gag’s sudden relevance again.

In Back to the Future II, someone mentions to Marty McFly that he wished he’d bet on the Cubs to win that year’s World Series, that is, 2015. This inspires Marty to pick up a Sports Almanac during his trip to the future – perhaps one of the most memorable takes on gags about the team’s wretched luck when it came to the World Series. But while Gale is happy the Cubs finally got their win, he’s a little disappointed a good gag is no longer applicable:

So Bob [Zemeckis] and I have been talking about this since last year, of course, when it looked like our prediction might actually come true in the right year. So the question now is: so, they have won, is the joke ever going to be funny again? It’s not an usual event now.

It was mixed emotions because I was thinking if the Cubs lose, people will still laugh at the joke and if the Cubs win, then we made an almost accurate prediction. The best part of it is that it was a gag that was so memorable, here we are still talking about it and that’s gratifying, that Back to the Future means to much to so many people.

So we’ve got a Cubs win, we’ve got the self-lacing Nikes, what else is left from Back to the Future‘s alt-2015 to actually happen? I’ll take a ticket to Jaws 19 and a hoverboard, please.