Watch A Weird Wall Of Foam Invade A California Street 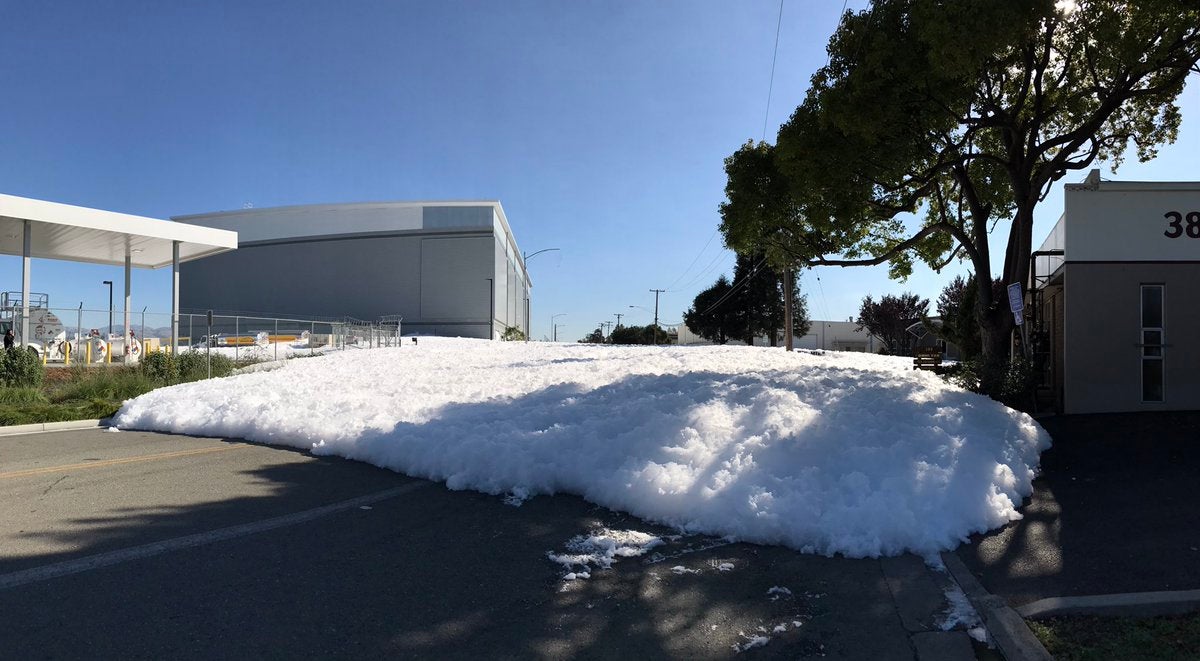 A malfunction at the newest hangar of the San Jose International Airport has sent flame retardant foam spilling into the streets.

Firefighting foam released from back of @FlySJC hangar is blowing around in the wind. It looks like soap, but I wouldn't advise touching it. pic.twitter.com/fDI3j0gmP7

Sky 7 just shot this photo of a tanker truck bathing in the firefighting foam emanating from the back vents of the new @FlySJC hangar. pic.twitter.com/SGWkccvbkg

This video of some kid riding through a huge foam spill in Santa Clara is just glorious. ? via @nbcbayarea pic.twitter.com/xzxPSyxnnH

RT 41actionnews "White foam spills out of airplane hangar and on to California streets https://t.co/1tcM4ntNXl pic.twitter.com/vtw1wSOStF"