Yahoo Wants The US Government To Declassify That Secret Surveillance Order 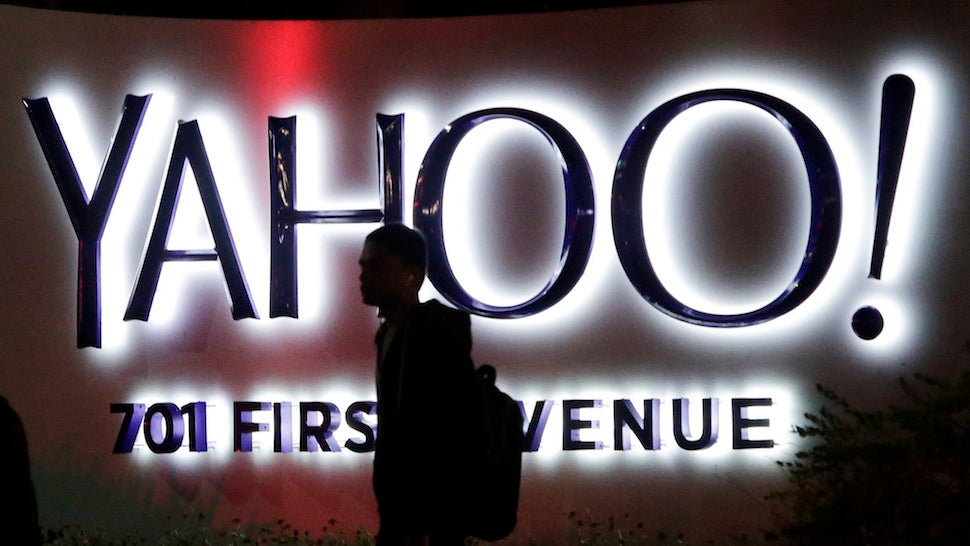 Earlier this month, Reuters reported that Yahoo followed government demands and built software to secretly spy on its users' email accounts. Now, the maligned purple giant is asking the government to declassify the alleged order in the name of transparency.

Ron Bell, Yahoo's general counsel, submitted the request yesterday in the form of a letter to James Clapper, the country's Director of National Intelligence. It asked Clapper's office to confirm whether the order exists; to declassify it entirely or in part; and to offer up a public explanation to "clarify the alleged facts and circumstances."

"Transparency underpins the ability of any company in the information and communications technology sector to earn and preserve the trust of its customers," Bell wrote. "Erosion in that trust online implicates the safety and security of people around the world and diminishes confidence and trust in US businesses at home and beyond our borders."

In an email to Gizmodo, a spokesperson for the Office of the Director of National Intelligence confirmed that the office had received the letter "and will respond to Yahoo directly."

The letter seems to be an attempt by Yahoo to assuage the fears of its users and spit-shine its tarnished reputation. The company called the October 4 Reuters report "misleading" and said "the mail scanning described in the article does not exist on our systems." But it wouldn't provide much detail about what, exactly, was included in the alleged order, or how it may have been carried out. Bell's letter claimed that "we find ourselves unable to respond in detail," presumably due to the classified nature of these kinds of demands. (When asked for further comment on the letter, Yahoo pointed us to its blog post instead.)

Bell also argues that Yahoo "consistently campaigns for government transparency about national security requests," a claim that isn't totally off-base. In June, the company published three National Security letters — albeit redacted versions — it received from the FBI, calling the disclosure the first of its kind following the USA Freedom Act.

It's still unclear how the surveillance scandal will affect the company's deal with Verizon, mostly because CEO Marissa Mayer really, really doesn't want to talk about it.