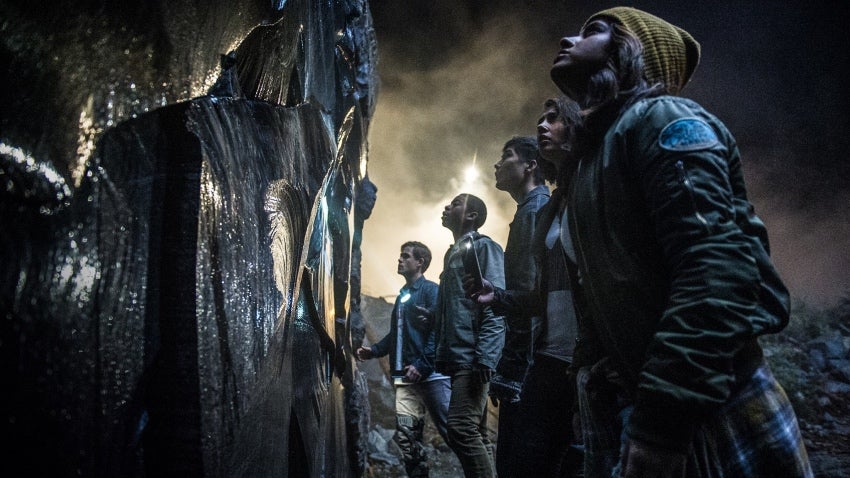 The first teaser trailer for the Power Rangers reboot has been released and it looks like these new Rangers mean serious business. It's like super duper serious.

The trailer was briefly released on the Power Rangers Facebook page this morning, only to be immediately taken down. It might have been an accidental leak, but a few minutes online was all it took for the trailer to catch fire. Cat's out of the bag now, as they have since re-shared it for the world to see.

As someone who grew up on Power Rangers, I wasn't wowed by this thing at all. The reboot's clearly going for less silliness, more grittiness. There were lots of staredowns set to dramatic music, big explosions, and desperate fleeing from police sirens. At least one-third of this trailer takes place at night, and I'm not even sure the original Rangers knew night existed. Well, if you don't count that one pirate ship from that one movie.

Plus, no Megazord, and barely a glimpse at one of the Power Rangers suits (we see more of Jason's abs than we do his suit). And when it happens, there's no exciting declaration, "It's Morphin' Time!" It's just, "Oh this thing is happening I guess." Colour me meh.

There were a few quips and jokes in there, but this isn't the Power Rangers we grew up with at all. Whether that works to their advantage, appealing to a new generation instead of the nostalgia 30-somethings who grew up on the cheese factor, remains to be seen. Power Rangers comes out March 24, 2017.