That Willy Wonka Prequel Doesn't Have To Suck 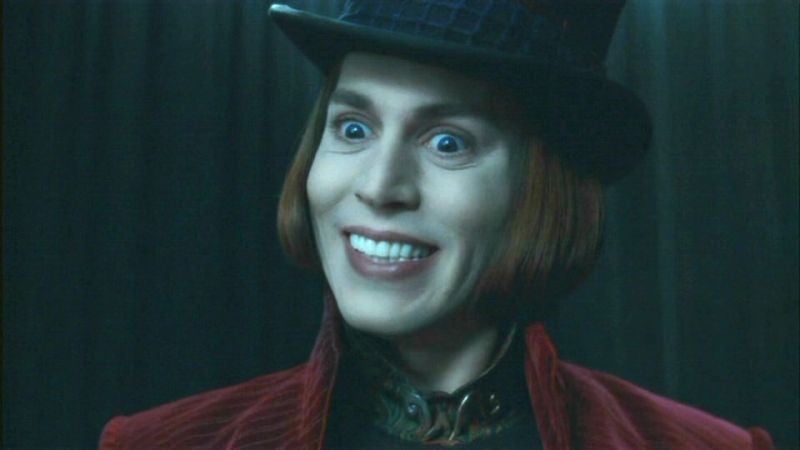 David Heyman, the producer of the Harry Potter film series — including upcoming spin-off Fantastic Beasts and Where to Find Them — has a new fantasy franchise in his sights. Warner Bros. has just secured the rights to all things Willy Wonka from Roald Dahl's estate, and is teaming with Heyman to make a prequel about the character. The film doesn't have a director or a title, but it has a writer — novelist Simon Rich, who wrote for Saturday Night Live and helped with the scripts for Inside Out and The Secret Life of Pets. And it has a concept, according to Variety:

Sources reveal that the film will not be an origin tale, but a standalone movie focused on Wonka and his early adventures. It's unknown who from the original book series, other than Wonka, will be involved in the project. If the reboot is a hit, it seems likely that characters like Charlie could be seen in future installments of a possible franchise.

While the world still shudders in terror at the thought of Johnny Depp's ghoulish take on the character in Tim Burton's 2005 film — and mourns the recent loss of original portrayer Gene Wilder — another Willy Wonka movie might seem like a bad idea.

But exploring the young Wonka's life isn't necessarily a train wreck in the making. There are lots of plot possibilities, the most obvious being an exploration of how he became an inventor obsessed with making magical sweets, and how he rose to sugary dominance (that trip to Loompaland definitely had something to do with it). It goes without saying that it would leave out the Burton film's clumsy backstory about Wonka's father being a mean, lolly-hating dentist. The best version of a young-Wonka film will figure out a way to surprise us with its story, while still remaining true to a literary character that's been beloved since Dahl's book came out in 1964. Hire a young actor — someone like X-Men's Evan Peters — who is capable of being subtle while still being hilariously weird, and take notes from Harry Potter's aesthetic by mixing a bit of darkness into all the inevitable whimsy. Make it wonderful, and we might get that Great Glass Elevator movie the world's been waiting on since 1971.