Our Best Map Yet Of Io’s Volcanic Activity Looks Terrifying 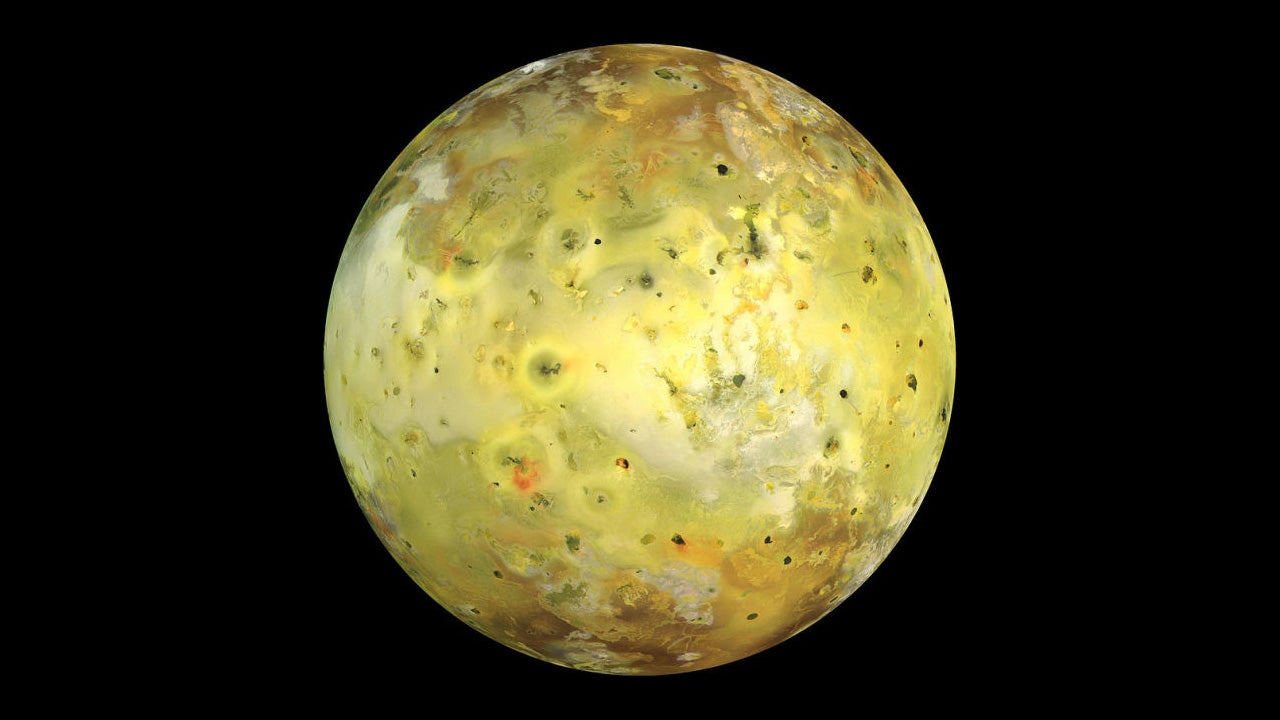 Jupiter’s moon Io is the most volcanically-active body in our solar system, and a recent observational campaign offers a little more insight into the a terrifying hellscape that awaits any unfortunate space probes we send there.

A team of astronomers at UC Berkeley has just completed a two and a half year survey of Jupiter’s eruptive satellite Io, using the near infrared optical capabilities of the Keck II and Gemini North telescopes at Mauna Kea, Hawaii. The result is the first high-resolution time series of volcanic hot spots on Io, a world about the size of our moon that features hundreds of active volcanoes and a few mind-bogglingly vast lava lakes. 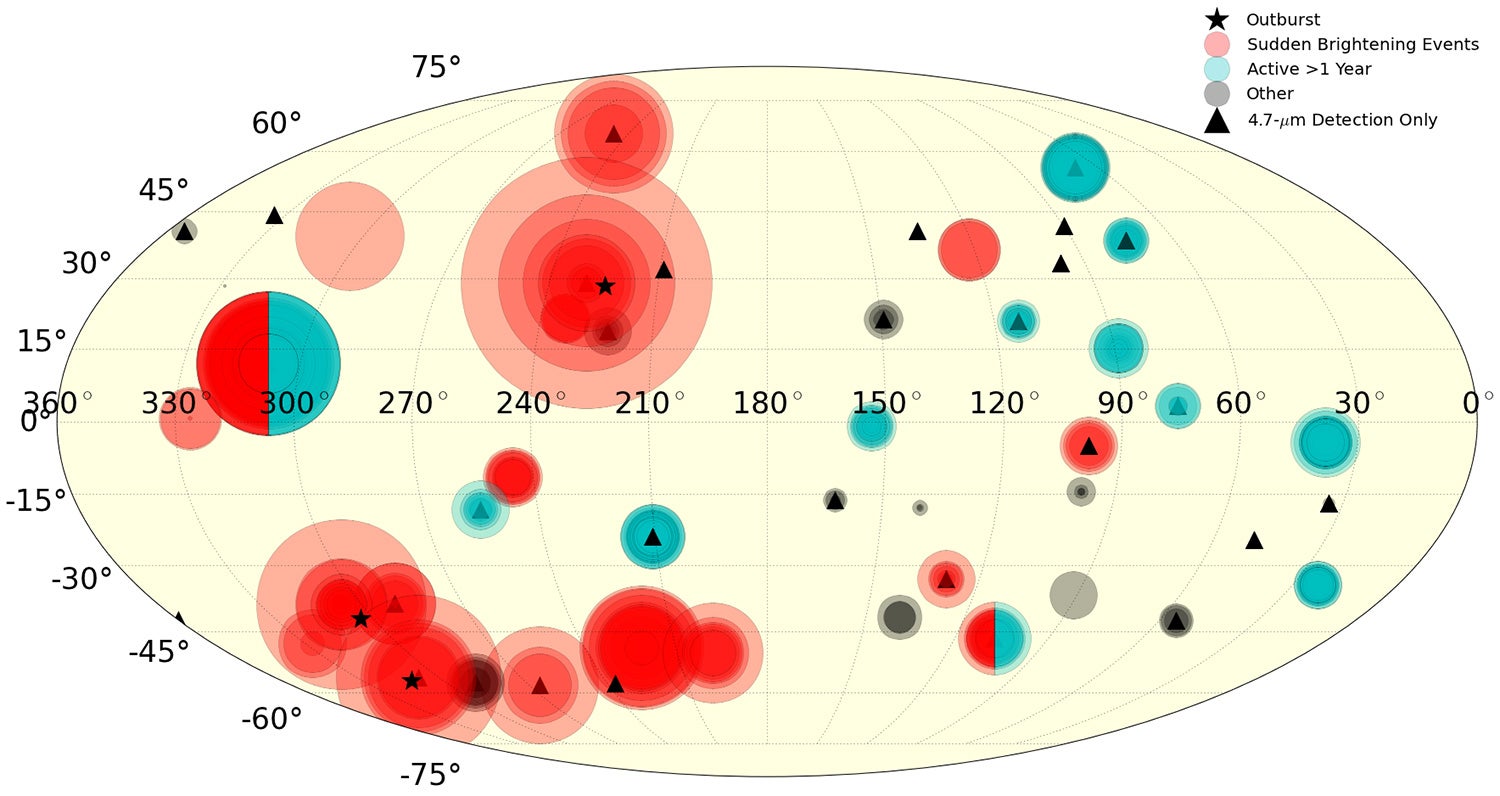 Hot spots observed in the new study, with size corresponding logarithmically to intensity (a spot twice as large is ten times brighter). More opaque regions represent where hot spots were detected multiple times, while the colour and symbol indicate the type of eruption. Image: de Kleer et al. 2016
said in a statement.

The new analysis, which has been accepted for publication in Icarus, revealed a few surprises, including a clustering of extremely bright volcanoes in the south, an apparent progression of volcanic activity across the surface, and strange stirrings inside Loki Patera, an 203km-wide lava lake that’s been observed to brighten up every few years. 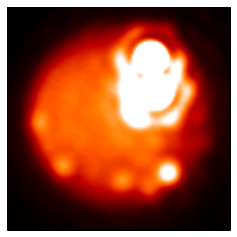 Lava lake Loki Patera shines brightly in this image of Io captured with Keck and Gemini.

Mostly, the work serves as a reminder that we still understand very little about Io’s flagrant outbursts, which are thought to be powered by tidal heating from Jupiter’s gravitational pull. “We want to understand tidal heating as a process better,” de Kleer said, noting that the same process promotes warm liquid water oceans beneath the icy surface of Jupiter’s moon Europa, and Saturn’s Enceladus. “Places that are considered the most potentially habitable all have tidal heating.”

Not all places with tidal heating are potentially habitable, however. Io, which looks like a fossilized jaw-breaker doused in acid and whose atmosphere collapses pretty regularly, certainly isn’t the first moon I’d buy cosmic real estate on. Still, it’s proven an astounding place to study from afar.