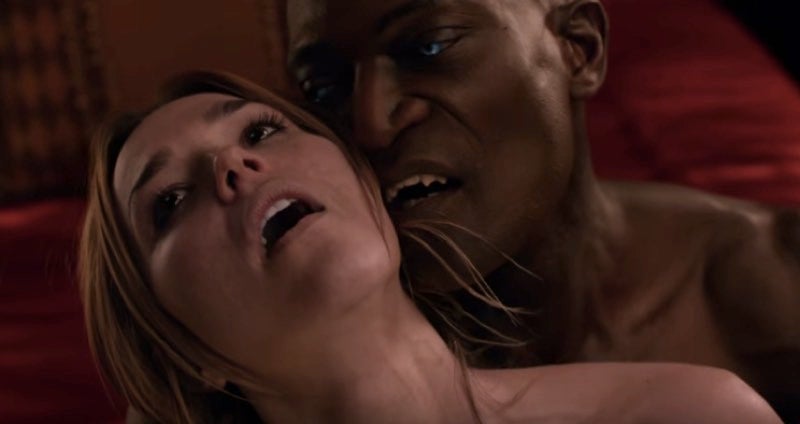 Video: Charlaine Harris' True Blood books spawned a huge hit for HBO, and NBC is hoping for a similar windfall with Midnight, Texas. The series is also based on Harris' books, and also features a small Southern town with some decidedly supernatural inhabitants. Because it's NBC though, it looks a little more... tame. Here's the official description, followed by the brand-new trailer:

Welcome to a place where being normal is really quite strange and only outsiders fit in. Based on the best-selling book series by Charlaine Harris (author of the novels that inspired "True Blood"), comes a journey into a remote Texas town where nothing is what it seems. Home to a vampire, witch, angel and hitwoman, Midnight is a mysterious safe haven for those who are different. That is, until the arrival of a powerful psychic and the murder of one of their own. As the town members fight off outside pressures from ever-suspicious cops, deadly biker gangs, and their own dangerous pasts, they band together and form an unlikely but strong family.

The first episode of Midnight, Texas will screen at New York Comic Con; there's no official word on when it will air, other than that it's "coming soon".