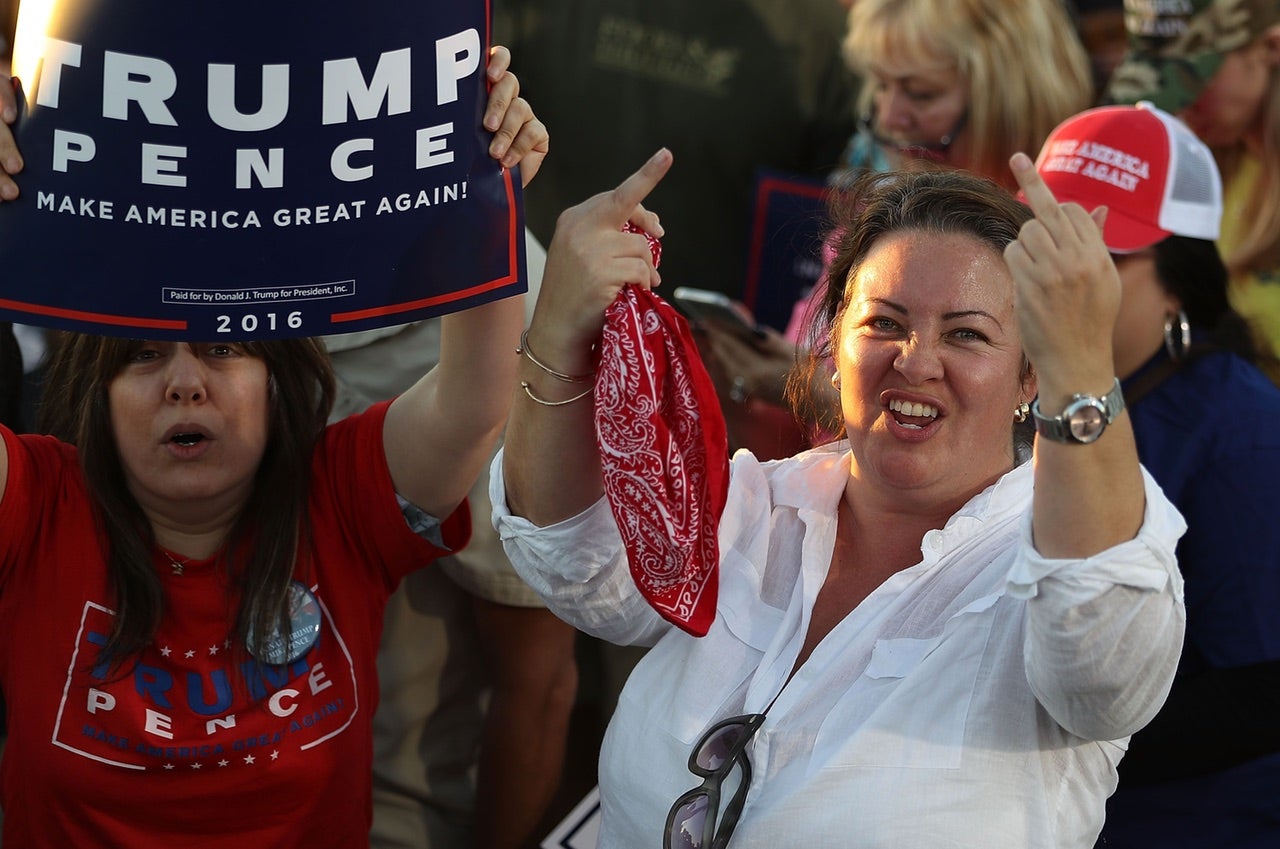 I've been reading President Dwight Eisenhower's diaries, and I recently started laughing out loud at the entry from 1 May 1953. It wasn't so much what Ike wrote, but how it contrasted so dramatically with the current US election cycle and the noxious way that Donald Trump has run his campaign. A woman who would like to make America great again (Photo by Joe Raedle/Getty Images)

There are many ways to dissect Trump's vision for the future of America. But one way to interpret it is to simply take him at his word when he says that America used to be a fantastic country. He'd like to bring it back there; back to some romanticised ideal of when the United States was somehow better in his eyes. Make America Great Again. Roughly 72 per cent of Trump supporters say that life was better in the 1950s.

You can point out the obvious flaws in this argument by simply looking at things like the progress of civil rights or environmental protections or myriad other things in the US. But if we put all of that aside for a moment — and I do mean all of it — and simply compare Trump and one of his supposed political idols (Dwight Eisenhower), you'll probably start laughing too when you read the entry below.

The passages from Eisenhower's diary lay out a scene wherein Eisenhower is meeting with Republican leaders, including Robert A. Taft, a conservative Senator from Ohio. Senator Taft, the eldest son of former President William Howard Taft, had taken issue with some of the budget proposals in the meeting.

[Senator Taft] used adjectives in describing the disappointment he felt that were anything but complimentary. He accused the security council of merely adopting the Truman strategy and, by a process of nicking here and chipping there, built up savings which he classed as 'puny.' He predicted that acceptance by the Congress of any such program would insure the decisive defeat of the Republican party in 1954. He said that not only could he not support the program, but that he would have to go on public record as fighting and opposing it.

Eisenhower continued: "I think that everybody present was astonished at the demagogic nature of his tirade..."

Two others in the room could apparently sense that Taft was angering Eisenhower and jumped in to defuse the situation. And by the end of it everyone seemed to be level-headed and on the same page about the budget proposals. But this brief outburst by Taft left an impression on Eisenhower that sounds so decidedly quaint.

Again, from the diary:

I do not see how [Senator Taft] can possibly expect over the long run to expect to influence people when he has no more control over his temper than seemed apparent at the meeting; likewise, I do not see how he can maintain any reputation for considered judgment when he attempts to discuss weighty, serious, and even critical matters in such an ill-tempered and violent fashion.

Even the words Eisenhower used to describe the scene seem like they're coming from a completely different species of politician. Honestly, try to read any portion of the diary entry below in Trump's voice and you'll probably start laughing like I did. Or crying. Either way.

I've published the entire diary entry below so you can read it with the full context from Eisenhower's perspective. Again, try reading it in Donald Trump's voice. Especially passages like "Of course I am pleased that I did not add any fuel to the flames..."

Quoting from the 1 May 1953 entry in The Eisenhower Diaries:

Political historians will no doubt divide America into the pre-Trump and post-Trump ages. Donald Trump's entire campaign is predicated on romanticising this idea of America that never really existed in the first place — back when America was simply great, no questions asked. Make America Great Again is quite literally his slogan, stolen from Ronald Reagan's 1980 presidential campaign slogan of Let's Make America Great Again. But Trump isn't talking about about having a normal human conversation using our inside voices.

If Donald Trump wants to make America great again perhaps he can start with the most poisonous element of his own campaign — the vitriol and contempt he shows for the American public through his incessant whining about how the whole world is stacked against him.

It's somewhat dangerous to start saying that politics was more civilised in America at midcentury when you consider that Congress was comprised almost exclusively of white men and two parties that had even more control to exploit the opacity of the system for their own gain. But, again, if we take Trump at his word that he'd like to make this country great again, perhaps he can start with some diplomacy advice from Eisenhower.

Of course I am pleased that I did not add any fuel to the flames...