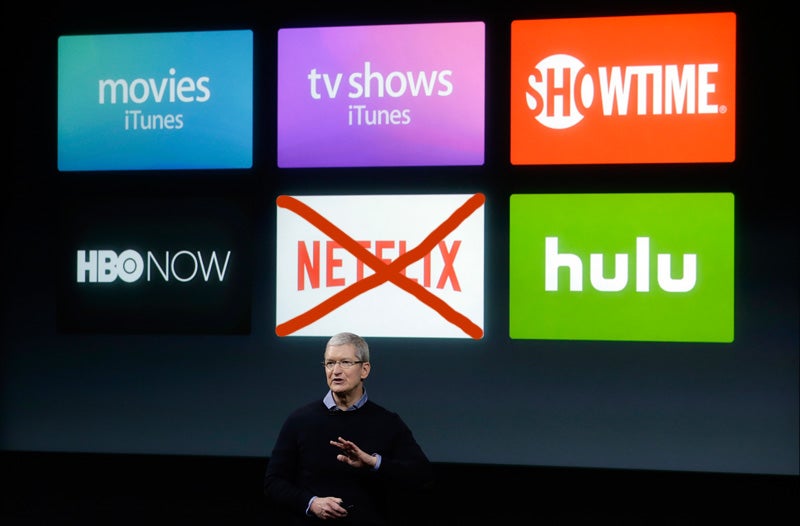 50 per cent of American households now subscribe to some sort of video-on-demand, but finding out what's available through multiple services remains a giant pain in the arse. Fortunately, a long-rumoured Apple TV update aims to solve this by creating a centralised guide between apps. Unfortunately, it reportedly won't include the most popular streaming service of them all.

According to USA Today, the feature described to industry executives as "the Watch List" is set to be announced on Thursday and will recommend titles to users based on their viewing history. In one example, the update would allow network programmers to suggest the new FX series Atlanta to the channel's subscribers. From USA Today:

But too much of a good thing can be overwhelming. "The Watch List" — which will be known by a different name when it's available to consumers — is designed to aid in discovery.

Recode, however, reports that Netflix won't be participating, citing industry sources. If so, that will certainly limit the feature's ability to serve as a comprehensive guide to streaming video, but with any luck, Apple TV users will only have to mindlessly browse through a couple services (instead of a dozen) in the future.