300,000 Lose Power In Florida As Hurricane Matthew Brushes The US Coast 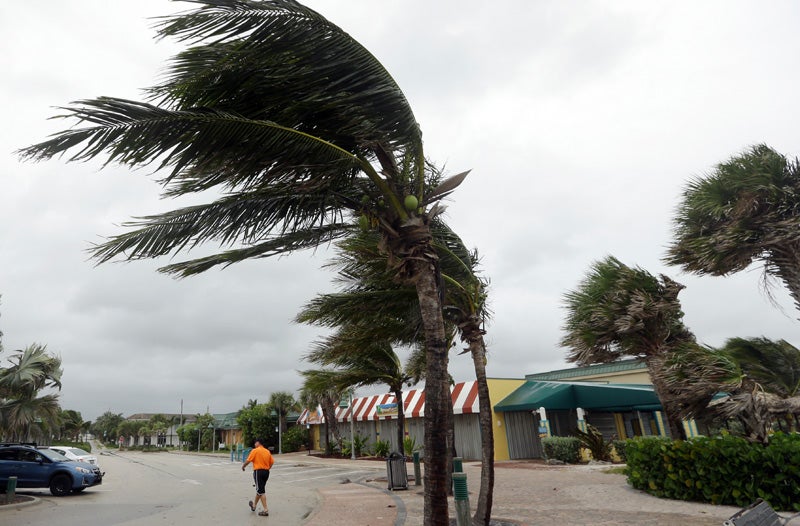 Following what was likely the largest evacuation in Florida’s history, winds from Hurricane Matthew reaching 113km per hour slammed the state yesterday afternoon Australia time, leaving about 300,000 without electricity. Having claimed over 300 lives in Haiti alone, Matthew is already the deadliest storm system to hit the region in almost a decade.

RIGHT NOW: Conditions in West Palm Beach as bad as it's been all night. #HurricaneMatthew @WPTV pic.twitter.com/W87v1GP2pc

“This is serious,” warned Florida Governor Rick Scott just hours before the hurricane arrived. “If you need to evacuate and you haven’t, evacuate. This storm will kill you. Time is running out. We don’t have that much time left.”

More than 1.5 million people across the state were ordered to leave their homes due to the hurricane and up to a million more are expected to lose power in its wake. The total human and economic impact of Matthew has been much harder to anticipate, but is feared to be grave.

In an advisory to Florida’s eastern counties, the National Weather Service warned of “life-threatening wind” with potentially devastating effects, including “structural damage to sturdy buildings”, “complete roof and wall failures” and “complete destruction of mobile homes”.

“Locations may be uninhabitable for weeks or months,” said the NWS.

The area is experiencing flooding, damage from debris and tree wreckage. The good news is that, according to the National Weather Service, the violent wind storm weakened to a Category 3 hurricane while approaching Florida, and probably won’t make landfall. At about 10:00PM AEDT, Hurricane Matthew sat just outside Florida’s east coast, battering Cape Canaveral with winds as high as 172km/h. Overall, the conditions have been slightly weaker than what forecasters were prepared for.