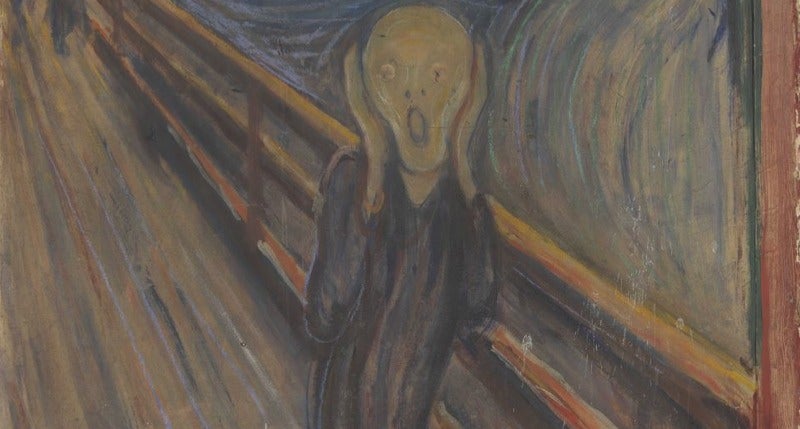 A team of Belgian researchers has closed the case on the origins of a mysterious smudge on Norwegian painter Edvard Munch’s most famous painting, the Scream. Long believed to be bird poo, they found that it is bees wax.

Munch actually painted four versions of his iconic masterpiece, and the one housed in the Norwegian National Museum is thought to be the earliest version. It is also distinctive for the strange white splatters on the surface, right by the shoulder of the central figure. Many art historians theorised that the artist had painted this canvas outdoors — old photographs show him painting in the snow, with just a wooden shed for shelter — and the splotches were droppings from birds flying overhead. 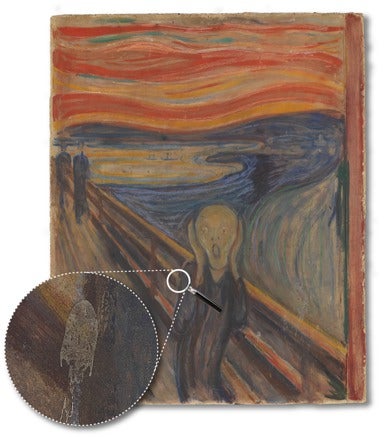 Conservator Tine Frøysaker of the University of Oslo wasn’t buying it. She had studied bird droppings collected from Norwegian churches under the microscope, and the splotches on the paintings looked very different.

The museum’s paintings conservator, Thierry Ford, was also dubious. “Bird excrements are known to have a corroding or macerating effect on many materials, a statement that most car owners can confirm,” he said in a statement. But Munch used a fragile cardboard substrate to paint the Scream; he would probably not have risked damaging it by exposing it to the outdoors.

Furthermore, the white substance lay on top of the paint — rather than corroding through it — and seemed to have flaked off in spots over the years. So Frøysaker thought it was far more plausible that the splatters were white paint or chalk that had dripped onto the canvas by accident while Munch was working on other paintings in his studio.

She invited scientists from the University of Antwerp in Belgium to Oslo to examine the canvas with their state-of-the-art macro-X-ray fluorescence scanner (MA-XRF). The scan showed that Frøysaker’s hypothesis was wrong: No trace of white pigments or calcium was detected, so the splotches most definitely were not from paint.

MA-XRF images showing the distribution of one chemical element over the paint surface. (Image: University of Antwerp)

Next, the scientists took a tiny sample from the white stains and analysed it using the big synchrotron facility at DESY in Hamburg, Germany. Synchrotrons are particle accelerators that produce a brilliant X-ray light, and have been used in recent years to analyse several old paintings, often revealing images or under paintings just underneath.

In this case, the analysis would reveal telltale X-ray scattering patterns unique to whatever substance comprised the sample taken from the mysterious white splotches. The researchers also analysed a known sample of bird droppings that team member Geert Van der Snickt collected while sightseeing on the streets of Oslo. “I found a perfect specimen right in front of the opera building,” he said, but admitted that he was “a little embarrassed collecting this sample material in front of groups of tourists”. 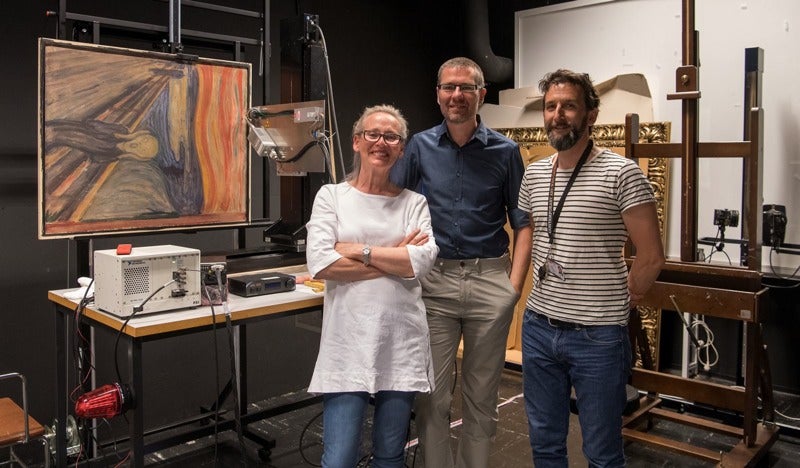 The results vindicated Frøysaker’s suspicions at last: The pattern was most certainly not bird droppings. Rather, graduate student Frederik Vanmeert instantly recognised the distinctive signature of wax crystals.

Bees wax was often used by artists to attach a new canvas to the back of an older one. So the likely explanation is that the splatters of white on this version of the Scream are actually from molten wax that accidentally dripped onto the canvas while Munch was painting in his studio. 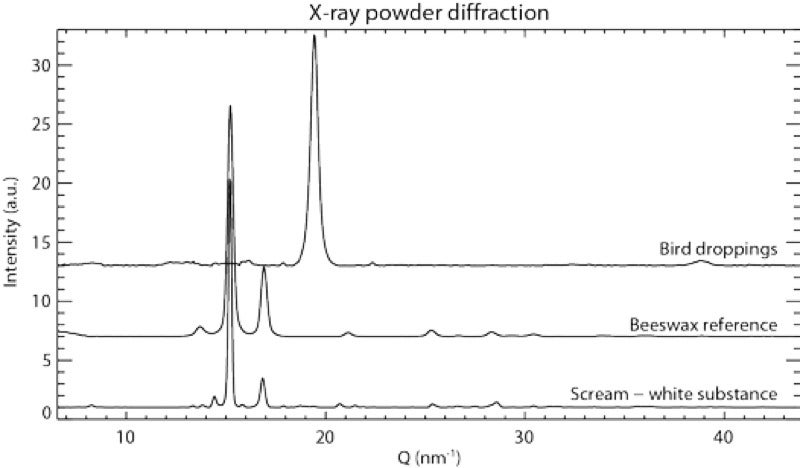 Granted, if the bird whose droppings Van der Snickt collected in Oslo happened to be especially fond of eating wax, traces of that substance could, in theory, be found in the droppings. But it seems pretty far-fetched to presume that wax-eating birds just happened to spray Mucnh’s canvas as they flew by. “As such, I think we can close the case on the bird droppings,” Van der Snickt concluded.