This Laptop Is Two Computers In One Thanks To Swappable Modules 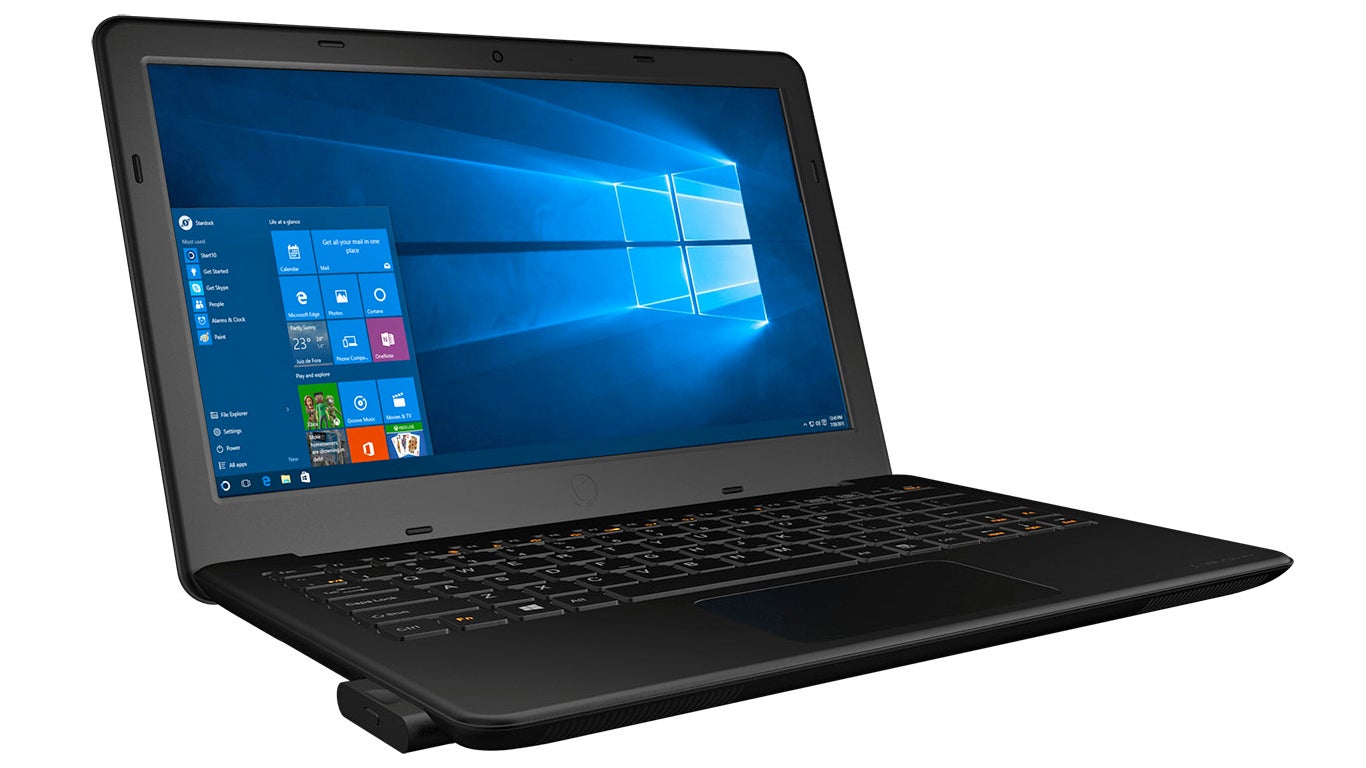 We were impressed with how InFocus managed to cram a half-decent computer into its Kangaroo mini PC that’s no larger than a paperback novel. But we’re still trying to wrap our heads around the company’s latest creation: A laptop dock that lets you swap in even tinier Windows 10 PC modules.

In the same way that most operating systems allow for multiple users to login and access their own settings and apps, the Kangaroo Notebook can be used for completely different purposes by different users who don’t have to fight over storage space. Available starting in mid-October for $US300 ($399), the notebook is essentially a dock for a pair of swappable PC modules that each feature 2GB of RAM, 32GB of storage, Bluetooth, Wi-Fi and an Intel Z8350 Cherrytrail CPU powering individual copies of Windows 10.

The dock provides each of these tiny modular computers with an 11.6-inch HD display, a full keyboard, trackpad, webcam, mic, speakers, battery and USB ports. Unfortunately, while the modular computers allow for the utmost privacy between users, they can only be used while connected to the Kangaroo Notebook, which only accepts one at a time. The modules can’t be directly connected to another display or USB peripherals like the Kangaroo PC can.

It’s a bit of a head scratcher as to who this setup would appeal to. Presumably it’s targeted at families, but these days most kids have their own tablets that are more capable at gaming than what the Kangaroo Notebook seems able to muster. It might appeal to teens who can be 100 per cent certain their online activities are kept private, but few parents would be keen on that situation.