This Bluetooth N64 Controller Is Every ’90s Kid’s Dream 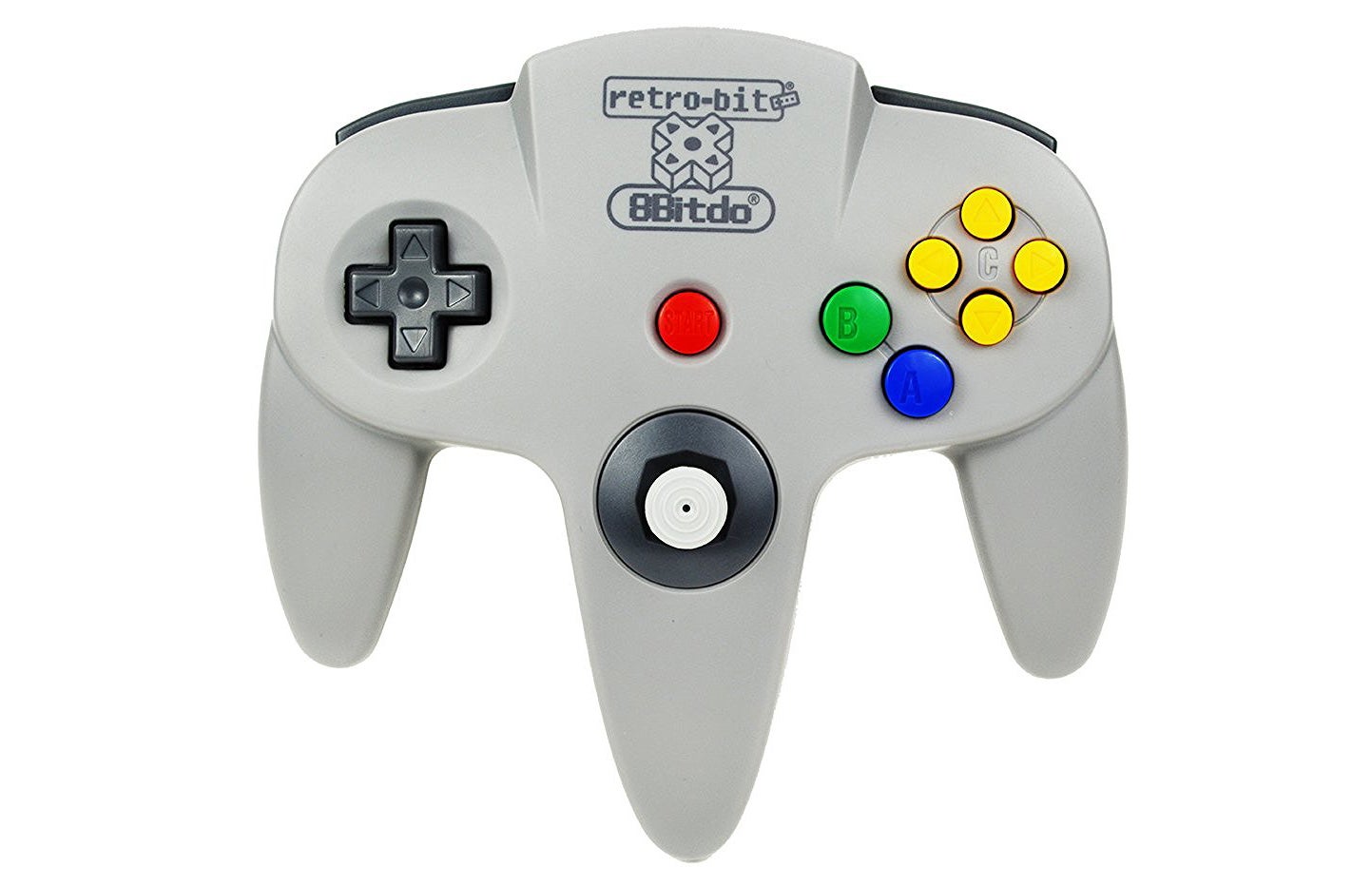 There’s really nothing like playing a Nintendo 64 game with one of the classic controllers. The problem is that classic N64 controllers don’t hook up to phones, tablet or laptops, which makes playing console emulators a real pain. Now, there’s finally some sweet relief for retro gaming fans.

Popular gaming accessories company 8Bitdo is preparing to release a bBluetooth N64 controller that can connect to any PC, Android mobile device or iOS mobile device. The controller is designed identically to the original N64 version, except you can use it without that stupid wire. Of course, the controller can be plugged in with a USB cable for charging or to use when the batteries are dead.

The 8Bitdo controller is perfect for anyone playing any of the popular Nintendo 64 emulators for Windows, such as Project64 or 1964. It immediately makes your machine nearly identical to Nintendo’s classic console. The 8Bitdo bluetooth N64 controller will also work with Android N64 emulators such as MegaN64 or iOS variants like NewGamepad. If you’re buying this controller to use with emulators, however, exercise a bit of caution. Because most emulators aren’t sanctioned by Nintendo, they’re always prone to bugs, especially when dealing with third-party hardware.

The 8Bitdo bluetooth N64 controller can be pre-ordered right now on Amazon, and it’s scheduled to ship October 25. The controller is not yet listed on 8Bitdo’s official website, but we’re expecting it to pop up there soon.