The Walking Dead Finally Shows Us Something New About Season Seven 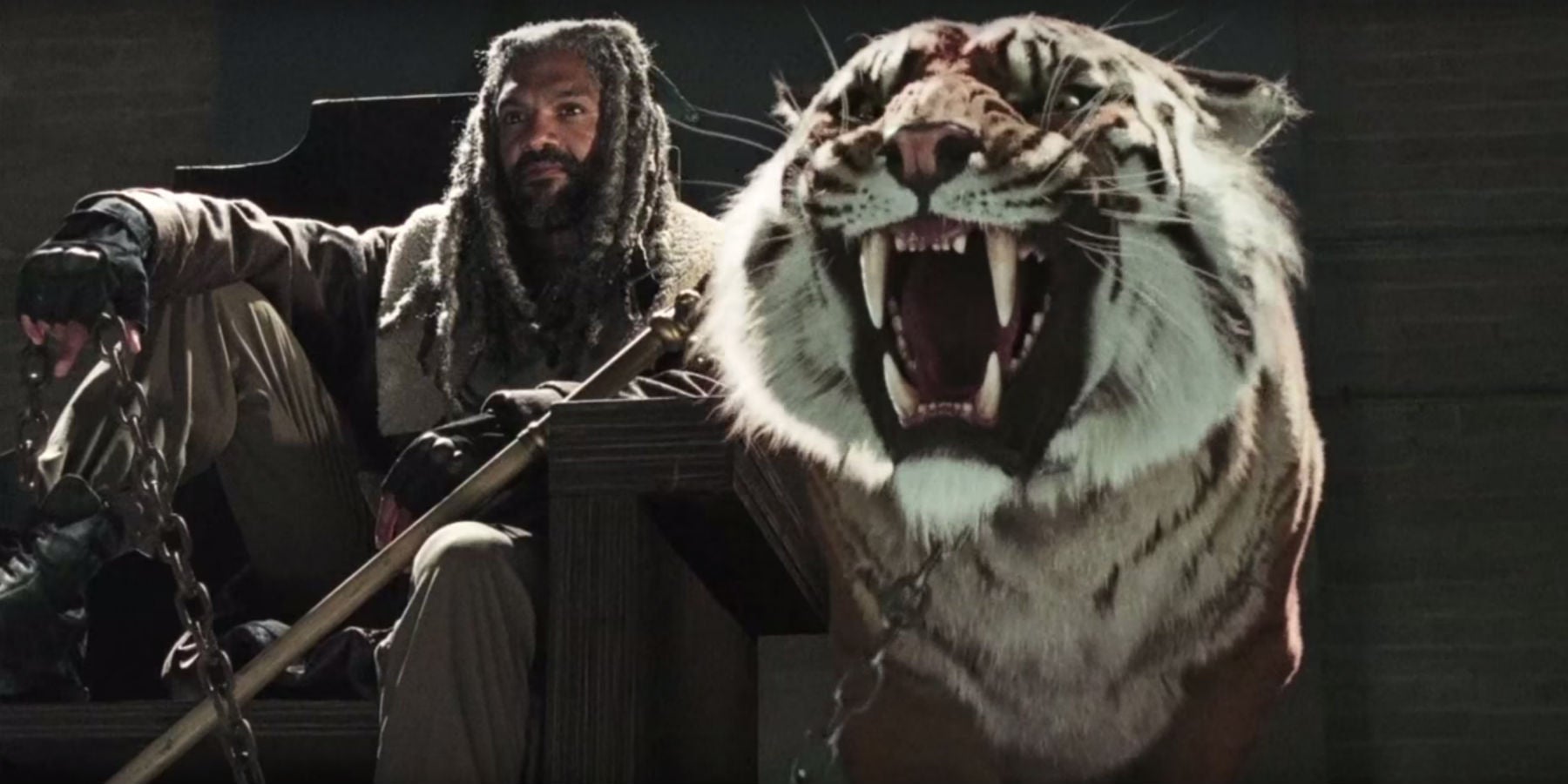 Namely, there’s a lot of new footage of Ezekiel (played by Khary Payton) — the biggest new character to be joining the upcoming season, and not just because he has a pet tiger. Most what’s more important is that TWD is finally showing us the new season has more going on than that damned Negan cliffhanger.

As you know from the comics — or can just see from the preview video — Ezekiel is the king of the Kingdom, the new community which will be explored in the upcoming season. (It’s the home of the guys wearing faux armour, spotted by Morgan in last season’s finale.) Being the sort of dude who uses the zombie apocalypse to start his own version of Medieval Times makes Ezekiel mighty unusual, and he should prove an interesting counterpoint to non-imaginative murderous arsehole Negan. Those zombies that seem to be buried in the sand are also pretty intriguing.

I’m not gonna lie — seeing something from season seven that isn’t about Negan’s victim(s?) has made me more excited about the return of The Walking Dead than I have been since that dumb finale. Here’s hoping the premiere does more of the same when it airs on October 23.