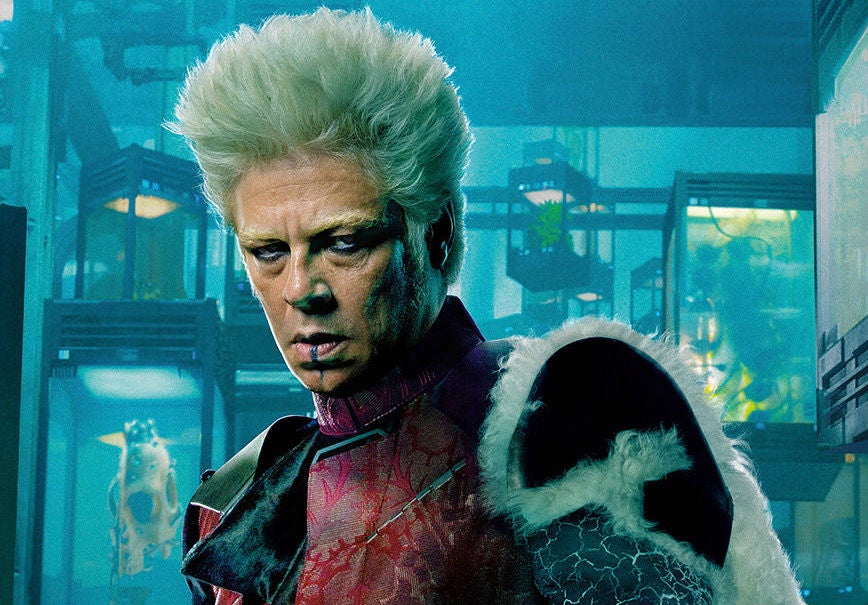 Oscar-winner Benicio Del Toro is keeping his genre flag flying. After appearing in Guardians of the Galaxy and filming Star Wars Episode VIII, he’s now in talks to star in Shane Black’s upcoming film, The Predator, the latest addition to the popular franchise.

Benicio Del Toro as The Collector in Guardians of the Galaxy. He’s now joining another sci-fi universe, Predator. Image: Marvel

What role Del Toro will play in the film is being kept under wraps, along with the specific plot. All that’s being said is that he’ll “star”. He could be the Predator, for all we know at this point.

Black, who helped write the first film, is directing from a script by Fred Dekkar. That’s a reversal of their roles on 1987’s cult classic The Monster Squad, where Dekkar directed and Black wrote. The two have long been friends and collaborators.

The sci-fi film, which is rumoured to be part sequel, part reboot, is likely to start filming next year. It’s currently scheduled for a 9 February 2018 US release.