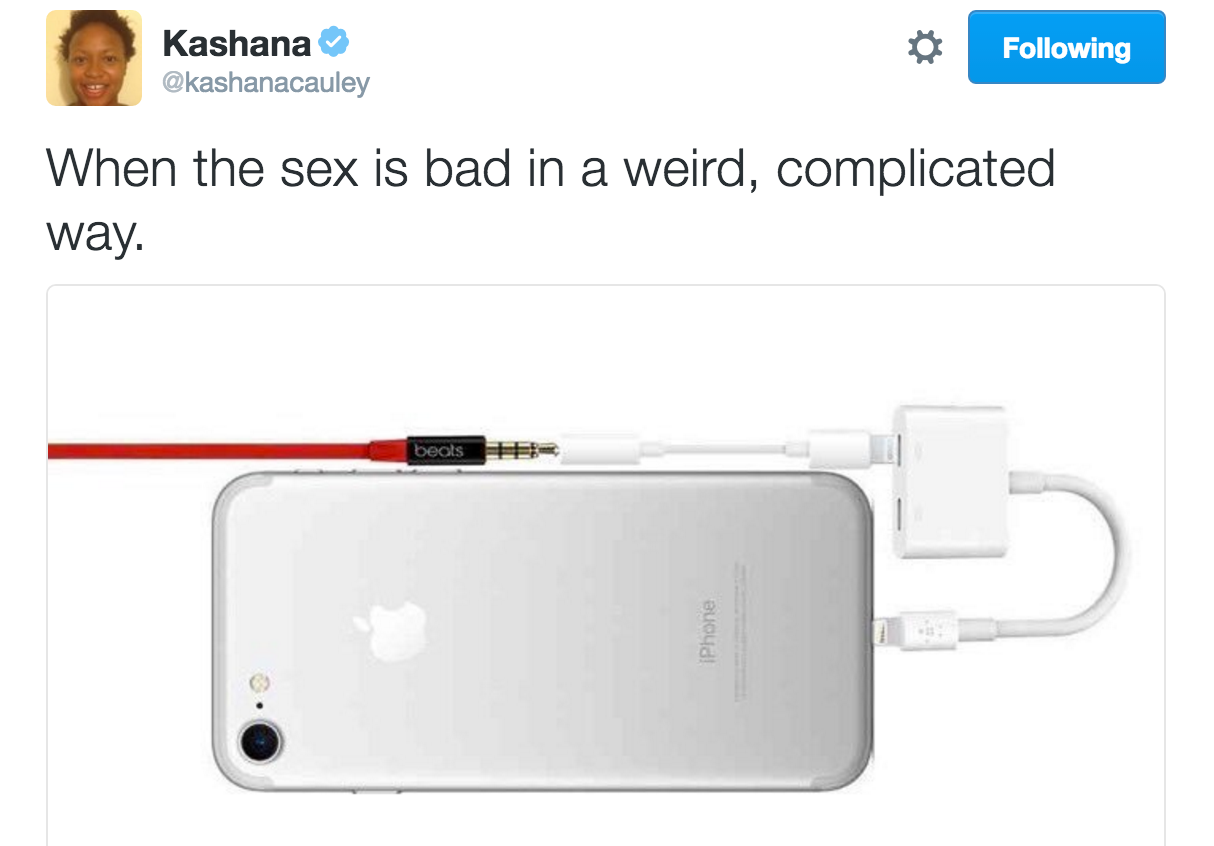 We may have lost our beloved headphone jack, but it’s human nature to find an iota of hope in even the worst tragedies. Thanks to a host of different technological innovations and the beautiful creativity of the human brain, we can express those small, but mighty sentiments of hope using the power of memes. As it turns out, Apple’s complex system that allows you to charge your phone while plugging in your headphones is the perfect metaphor for the complex nature of human sexuality, love, and desire:

When the sex is bad in a weird, complicated way. pic.twitter.com/JZgE5IByyu

when he can't find the right hole pic.twitter.com/GrJbIi6dR6

When you're trying super hard to make the relationship work pic.twitter.com/Ro3H1DgOC9