Surprise, Donald Trump Has No Idea How Internet Censorship Works 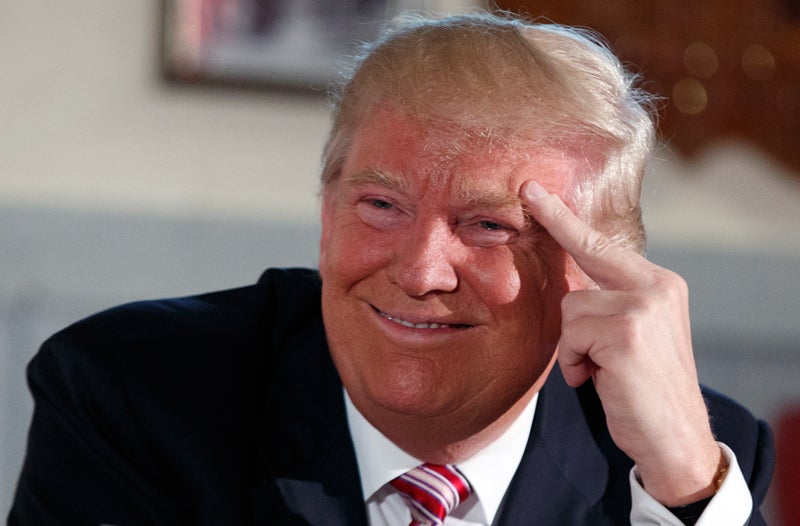 Back in December, Donald Trump suggested fighting terrorism online by “closing the internet in some way”, openly mocking potential First Amendment concerns. Since then, the alleged computer user seems to have changed his mind, joining Ted Cruz’s bizarre crusade for an American takeover of the internet’s address book in the name of freedom of speech.

At the end of the month, the Department of Commerce is scheduled to end its supervision of ICANN — the organisation in charge of supervising domain names — as part of a long-planned transition toward oversight by the global community the internet represents. On Wednesday, however, the Trump campaign released a statement condemning the change as President Obama’s “plan to surrender internet control to foreign powers”.

“US oversight has kept the Internet free and open without government censorship — a fundamental American value rooted in our Constitution’s Free Speech clause,” wrote Trump national policy director Stephen Miller. “Internet freedom is now at risk with the President’s intent to cede control to international interests, including countries like China and Russia, which have a long track record of trying to impose online censorship.”

This argument, recently advanced in a Senate hearing by Ted Cruz, fails to explain how domain name administration is tied to government censorship, which (despite Trump’s claims) is already wielded by oppressive regimes across the world. In an editorial published by The Washington Post, World Wide Web inventor Tim Berners-Lee and former White House deputy CTO Daniel Weitzner conclude that “there is no effective way for the United States to use leverage at ICANN to force countries to stop censoring speech”:

What we do know is that for the Internet to work, we need global consensus on technical standards and operating procedures such as those that are administered by ICANN. Without this consensus, the networks operated by numerous companies in over a hundred countries around the world will cease to flow. The web sites designed by the leading Internet companies and hundreds of millions of individuals will cease to work. And the very domain names that we use to identify these web sites will fail.

One of the smartest things the United States and its allies have done over the years is to encourage countries, companies and individual users to rely on the technical and social consensus that makes the Internet work. The global reach of the Internet has been an extraordinary boon for the United States and for those countries that embrace the open nature of Internet technology.

In the end, Trump and Cruz’s ICANN campaign appears to be little more than political theatre making use of a digital disguise. If it actually proves successful, however, it would be an obvious step toward, not away from, government control.