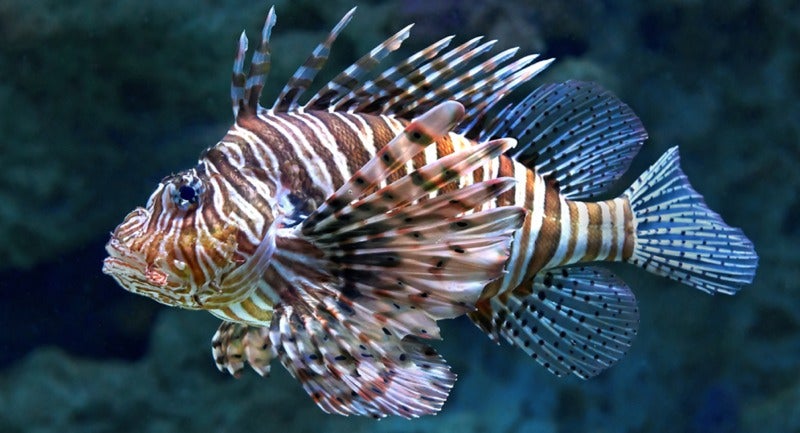 Hordes of lionfish have been roaming the Atlantic for several decades now, and their voracious appetite — and lack of natural predators — has seriously upset the ecological balance of those waters. Now there’s a new foundation devoted to building robots to hunt them down — a Terminator for lionfish.

The lionfish, AKA “Darwin’s nightmare”, is upsetting the ecological balance in the Atlantic. (Image: Dennis Jacobsen/Shutterstock

The prototypes under development are technically cousins to robotic vacuum cleaners, because iRobot CEO Colin Angle is one of the founders of Robots in the Service of the Environment (RISE). He and his wife, biochemist Erika Ebbel, were visiting friends in Bermuda, and the group went diving one day, along with a marine specimen collector named Chris Flook. It was Flook who regaled them with stories of the invasive lionfish, and RISE was born — a Skynet for lionfish.

Lionfish have been dubbed “Darwin’s nightmare” because of their tremendous adaptability. They are flexible in what they eat, they can thrive in many different environments (salt water or fresh, cold water or warm), and they reproduce like crazy, all year round, rather than having a particular breeding season. Plus they have venomous spikes, discouraging potential predators from eating them in turn.

That makes lionfish a particularly problematic invasive species. Originally from the Indo-Pacific region, the bright stripes and frilly fins of the lionfish made it a popular choice for exotic pet owners. Those same owners likely dumped adult lionfish into public waters in the mid-1980s, and the species reproduced like gangbusters, with devastating ecological results. 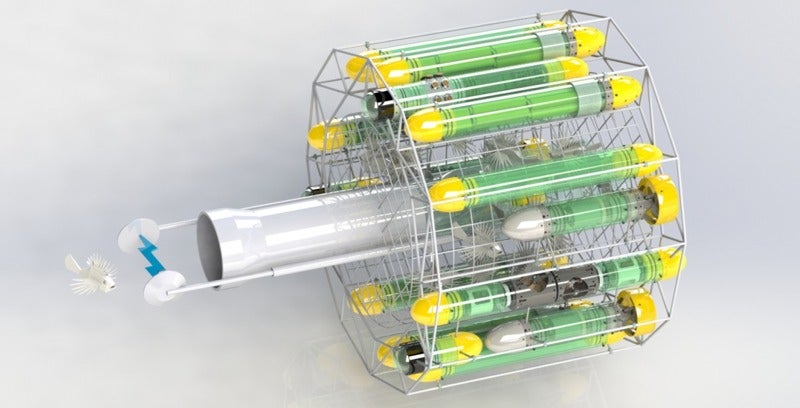 In the Bahamas, for instance, lionfish devoured parrotfish and other smaller species that consume plants, the better to keep algae growth in check. Without them, algae bloomed freely and choked the coral reef ecosystems.

“The only thing that we can do is try to eat them,” marine biologist Christie Wilcox — author of a new book called Venomous: How Earth’s Deadliest Creatures Mastered Biochemistry — told Gizmodo. Because they are venomous — as opposed to poisonous — they are perfectly edible. “Lionfish venom is largely proteins, which are easily denatured [when cooked],” said Wilcox, and you can even eat them uncooked, as in a ceviche. “As long as you don’t stab yourself along the way, you can theoretically swallow a spine freshly cut from a lionfish and be fine.” She’s sampled lionfish herself, in various preparations. “It’s a flaky, white, sort of sweet fish,” she said.

There’s definitely a growing market for lionfish in the US: Whole Foods sells fillets in certain geographical areas, as do several sea-to-table restaurants in Florida and North Carolina, in particular. But lionfish have to be speared by hand; they lurk in coral reefs, avoiding dragging nets, and they don’t fall for the old bait-on-a-hook trick of pole fishing, either. Spearing them one by one is the only option — and that’s a tedious and time-consuming process.

That’s where RISE’s prototype robotic harvesters can help. The first model uses a pressure-powered spear gun to humanely hunt lionfish, which should start field tests this month. A second prototype is designed to zap the lionfish with electricity, thanks to a robotic arm rigged out with two metal electrodes. “When the probes get to either side of the fish, you basically zap it,” RISE executive director Joe Rizzo told PBS Newshour.

The two prototypes include video cameras, so that pilots can guide the robots through the water, but the ultimate goal is to build autonomous underwater robots to hunt lionfish.