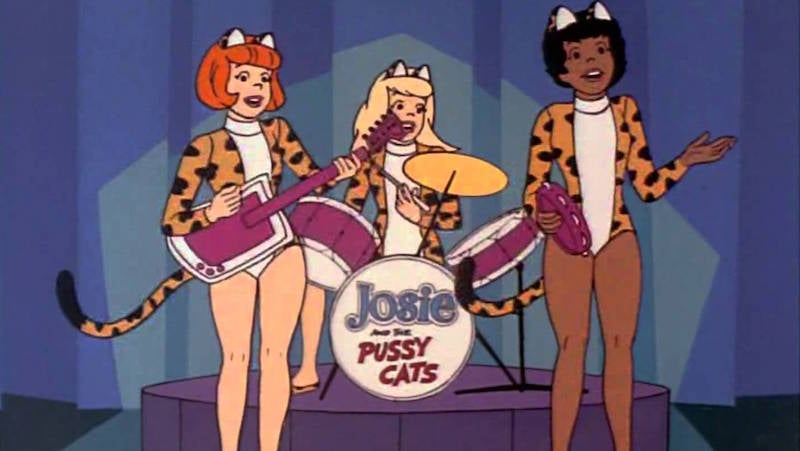 Riverdale is an impressive reimagining of Archie for the CW crowd — it’s exactly what a parody called “The CW Presents Archie” would look like. The pilot was really fun — and one of the standout, great moments is the version of Josie and Pussycats that appears and is much, much cooler than Archie.

Image: Old school Josie and the Pussycats from the Hanna-Barbera cartoon

And now you can see them, and the Riverdale High School crest, courtesy of executive producer Roberto Aguirre-Sacasa’s twitter:

There are more pictures from the cast, though sadly this is the only outfit they have photographed so far. But they have the attitude down cold.