Pigeons Can Kind Of Read 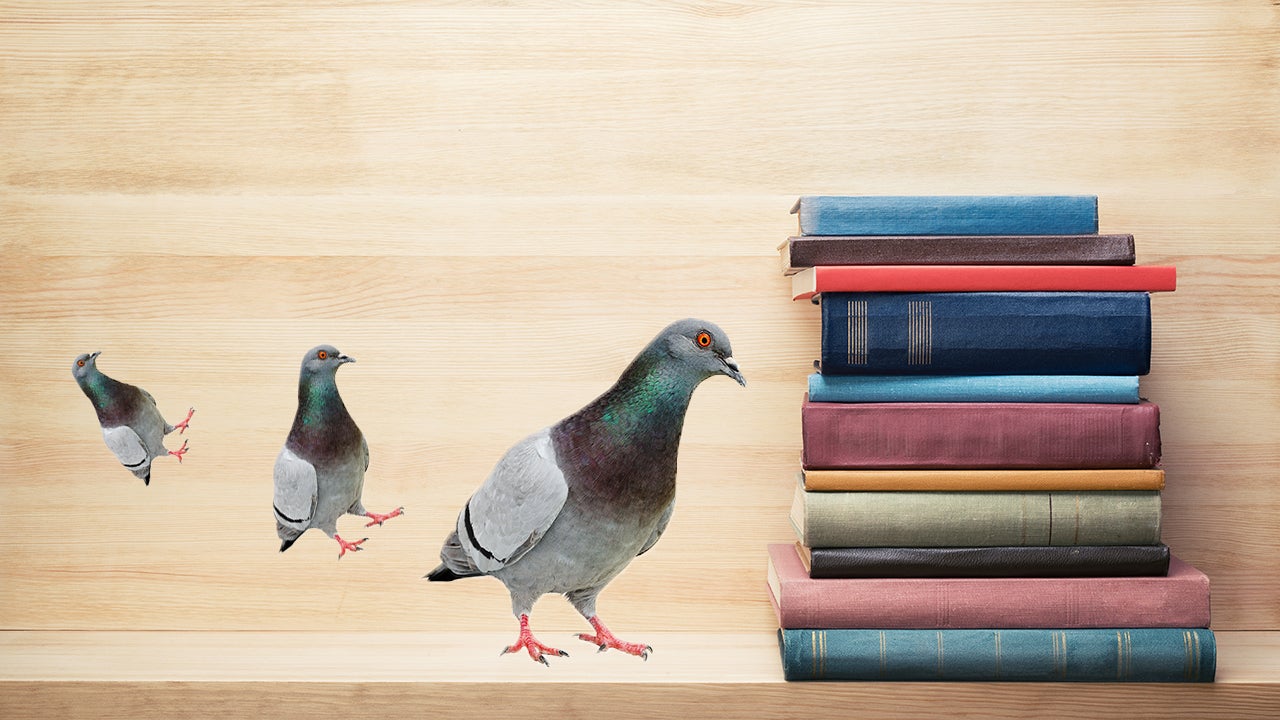 Step aside lizards, looks like we have a new animal overlord. A recent study published in Proceedings of the National Academy of Sciences found that pigeons can be trained to understand some words, sort of.

Scientists trained the four smartest pigeons they could find to tell the difference between four-letter words and non-words and identify when a word’s letters were transposed (like “very” vs. “vrey”).

The authors of the study measured the pigeons’ performance against both baboons and humans, finding that their ability to differentiate between anagrams “is actually more comparable to that of literate humans than the baboons’ performance.”

The method scientists use to determine whether the pigeon could differentiate between words and non-words is pretty basic. They first trained the birds to eat from a hopper bird feeder. “After hopper training, an autoshaping procedure was used until subjects were consistently pecking stimuli presented in any of the three apertures,” the authors write.

Below is a video from a 2007 study that demonstrates an autoshaping procedure, which is a commonly used Pavlovian conditioning technique.

After the pigeons were conditioned with the autoshaping procedure, the scientists began to present word and non-word stimuli through the aperture of the hopper. “When a word was presented in the centre aperture, the correct response was to peck the word,” the study’s authors write. They also displayed a “star stimulus” to the pigeons either above or below the centre aperture, randomising its location in each trial.

When a pigeon was presented with a non-word, they were supposed to peck the star stimulus.

By the end of the study, each pigeon learned to discriminate between dozens of words. Q32, the pigeon who learned the lowest amount of words, came in at 26. Q35, on the hand, learned 58. The authors of the study then concluded “visual systems organisationally distinct from the primate visual system can also be … recycled to process the visual word form.”

What does this all mean? These adorable little rats with wings are smarter than you think. Beware.

[Proceedings of the National Academy of Sciences via Popular Science]