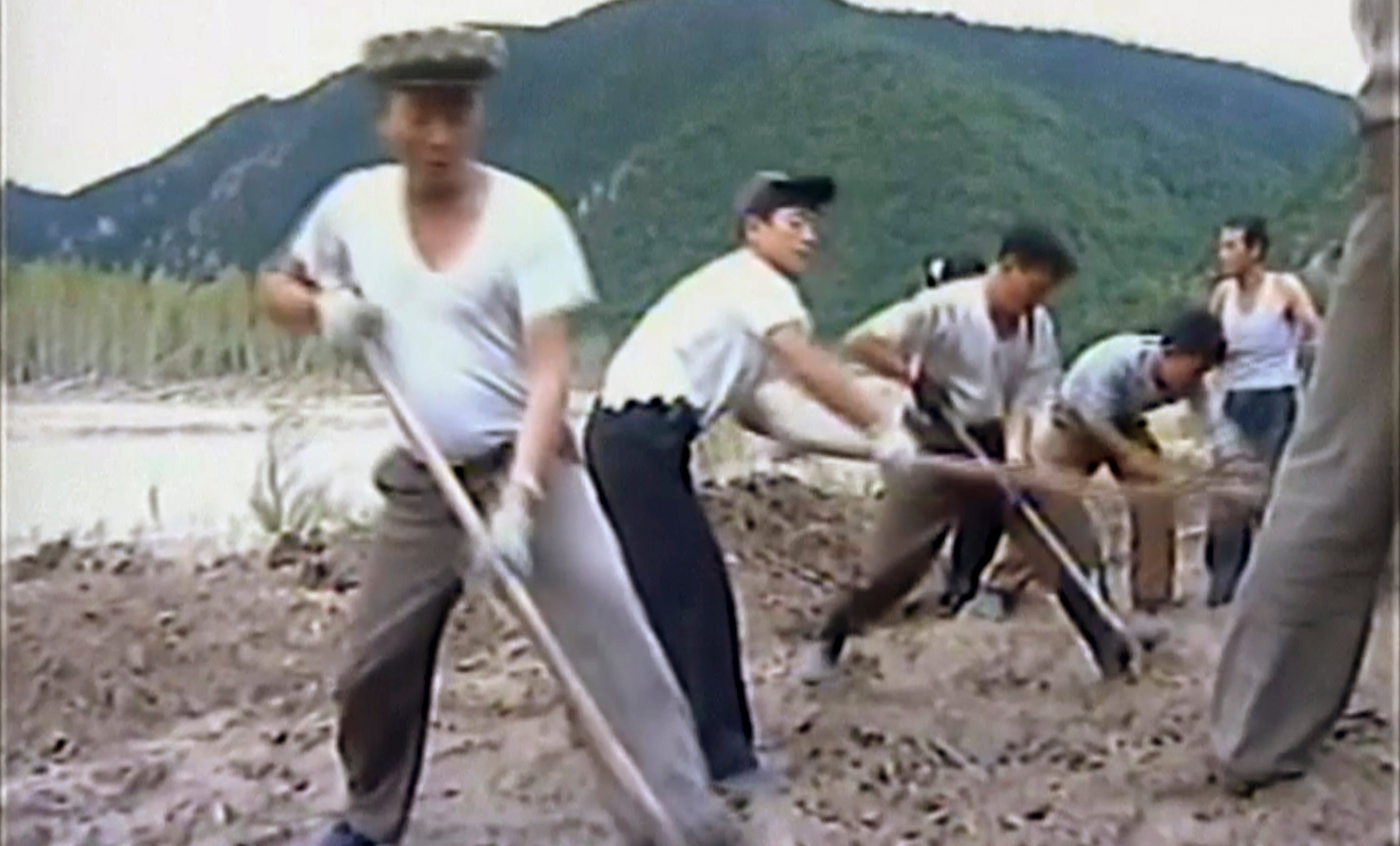 In a rare admission that life isn’t paradise within its borders, North Korea is asking for international aid in wake of devastating floods that state media claims to have impacted tens of thousands. Information released Sunday by the United Nations’ Office for the Coordination of Humanitarian Affairs confirms that North Korea is dealing with a big natural disaster.

North Korean workers build levees along a river bank in an undated image from a video released by state media on Monday. Image: KRT via AP

The flooding, which is concentrated along North Korea’s northeastern border, was triggered by torrential rainfall brought on by Typhoon Lionrock, a powerful, long-lived tropical cyclone that impacted North Korea, Japan and agricultural lands in China late last month. At least 133 North Koreans have been killed so far, 395 are missing and over 140,000 are in need of “urgent assistance”, according to the UN.

The timing of the disaster and the cry for help is a bit awkward. It comes just days after North Korea conducted its fifth nuclear test to the universal condemnation of the international community. Some have speculated that North Korea’s state media announcement — which was released on Sunday, in English — was intended to draw the sympathy of the very same nations now considering imposing even stricter sanctions to effectively cut off North Korea’s power.

Regardless of whether broadcasting this disaster was a ploy to manipulate international opinion, North Korea’s need for help in wake of the flood appears to be genuine. Nearly 40,000 homes have been levelled and an estimated 16,000 hectares of arable land are inundated.

“The floods came through with such force, they destroyed everything in their path,” Chris Staines, who heads the Red Cross delegation in North Korea, told the AFP, adding that it was a “very major and complex disaster”.