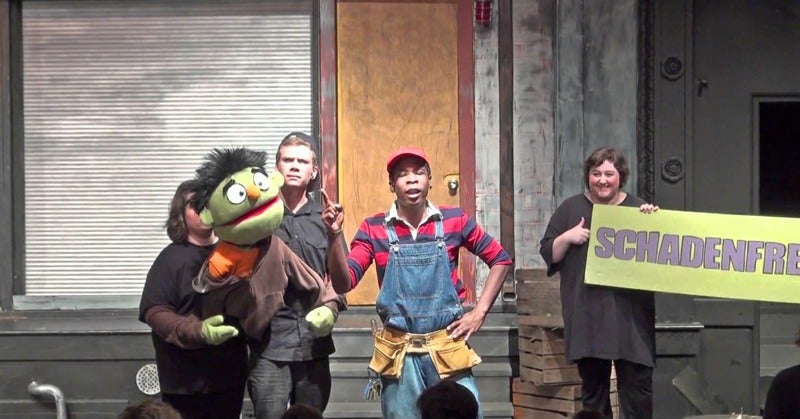 Secretly gloating over the misfortunes of others (schadenfreude) might not be the most noble of human traits, but it’s certainly universal — so much so, that it was memorably immortalised in the hit musical Avenue Q. Neuroscientists may have just identified the brain cells associated with that feeling.

Discovering these so-called “schadenfreude neurons” was serendipitous — a side benefit of the main study, whose key findings were focused on neurons associated with observational learning. The gory details of both conclusions are outlined in a new paper in Nature Communications.

Human beings often learn by watching how other people succeed or fail at specific tasks. That’s the essence of observational learning. “Observational learning is the cornerstone for our ability to change behaviour,” senior author Itzhak Fried of the University of California, Los Angeles, said in a statement. “It’s human nature to want to learn from other people’s mistakes rather than commit your own.”

For the study, ten epileptic patients who had electrodes implanted deep in their brains — standard procedure for epileptic studies — were asked to play a card game in which they would draw a card from one of two decks. The odds were stacked against them in one deck, so that they only had a 30 per cent chance of winning. The other deck was rigged in their favour, giving players a 70 per cent chance of winning. By comparing their own results with those of two other players, each participant was able to figure out which deck gave them the best chance of winning.

The researchers noticed a change in the firing of brain cells deep in the frontal lobe — specifically in a brain area associated with decision-making, emotion, and social interactions — that corresponded to whether the players thought their opponents would win or lose. Furthermore, the cells responded differently after players learned whether their prediction was correct or not. They concluded that those brain cells were learning from those cues and using that information to calculate which of the two decks to draw from next.

This may sound similar to mirror neurons — special brain cells that fire not only we perform a particular action, but also when we watch someone else do the same. But there is a key difference. Granted, both types of neuronal response relate to social interactions and learning. According to lead author Michael Hill (now based at the Swiss National Science Foundation), however, the specific activity of these neurons (encoding errors of observational prediction) is quite different from mirror neurons.

The most surprising observation was that those cells also showed increased firing activity whenever a player won, or his or her opponents lost, and decreased activity when a player lost and the opponents won. That’s the basic definition of schadenfreude: we experience pleasure when we win, but also when others lose.

But how can we know for sure that the increased activity observed in these neurons is truly an indication of the emotion we call shadenfreude? Hill is quick to clarify the oft-repeated adage that correlation doesn’t necessarily imply direct causation.

“What we are actually seeing is that the activity correlates with schadenfreude; within the limits of this study, we cannot know what the causal relationship is,” he told Gizmodo. “It might be that these neurons simply differentiate between winning and losing, and between self and other, even if we personally are not actually feeling any schadenfreude at all.”

That’s a much more difficult question to answer. “Making the jump from neuronal activity to a feeling that we experience is one of the hardest problems we face in science today,” said Hill. “It boils down to the question of how does the matter of the brain lead to the experience of the mind, and is actually referred to as ‘the hard problem’ in neuroscience.”