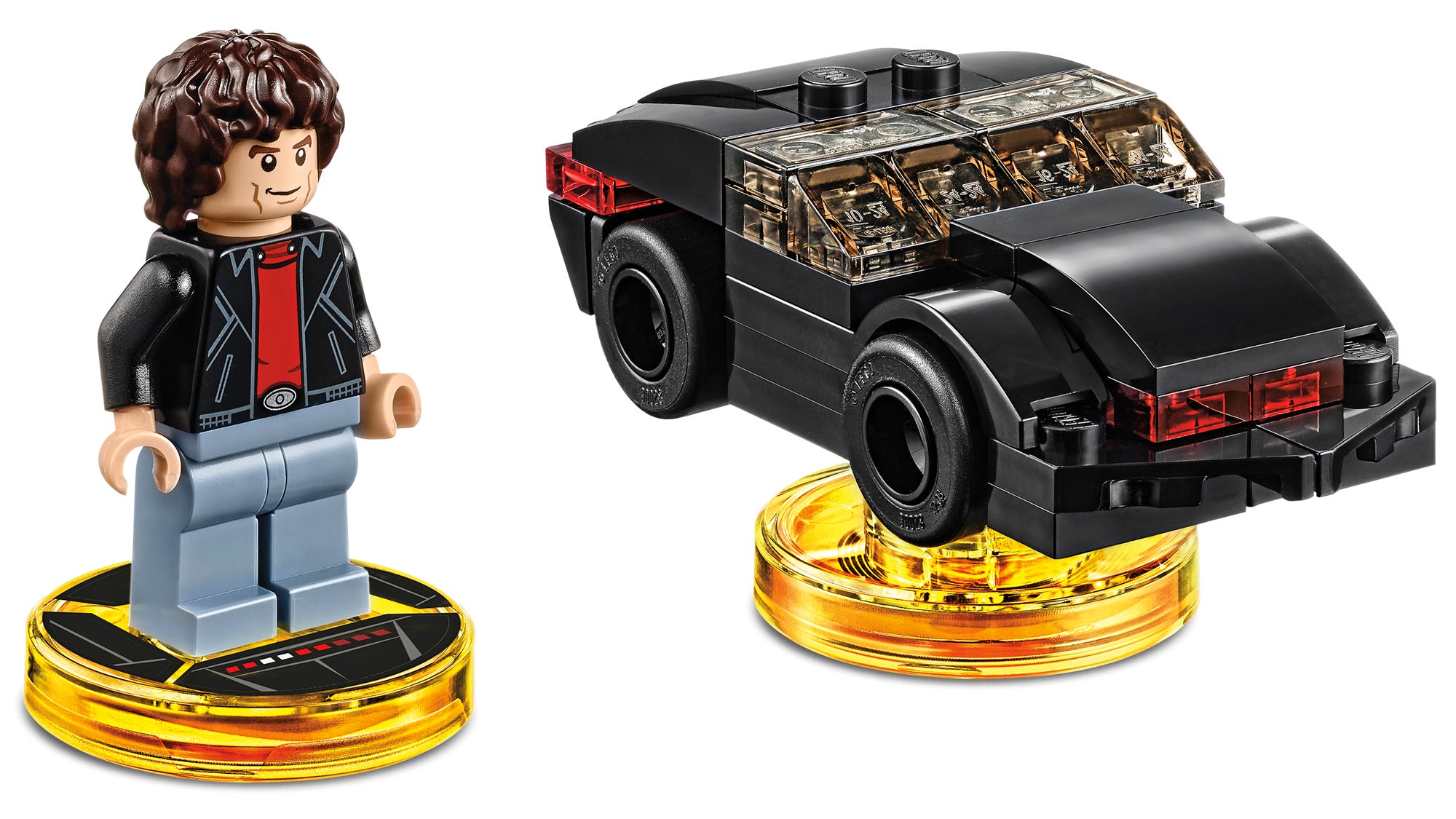 June brought us the wonderful news that LEGO Dimensions — the video game that gives you the perfect excuse to buy more LEGO sets — would be massively expanding with pop culture franchises spanning the past few decades. In the preview we got glimpses of The Goonies, the A-Team, even ET, but we’re finally now getting our first look at Knight Rider. 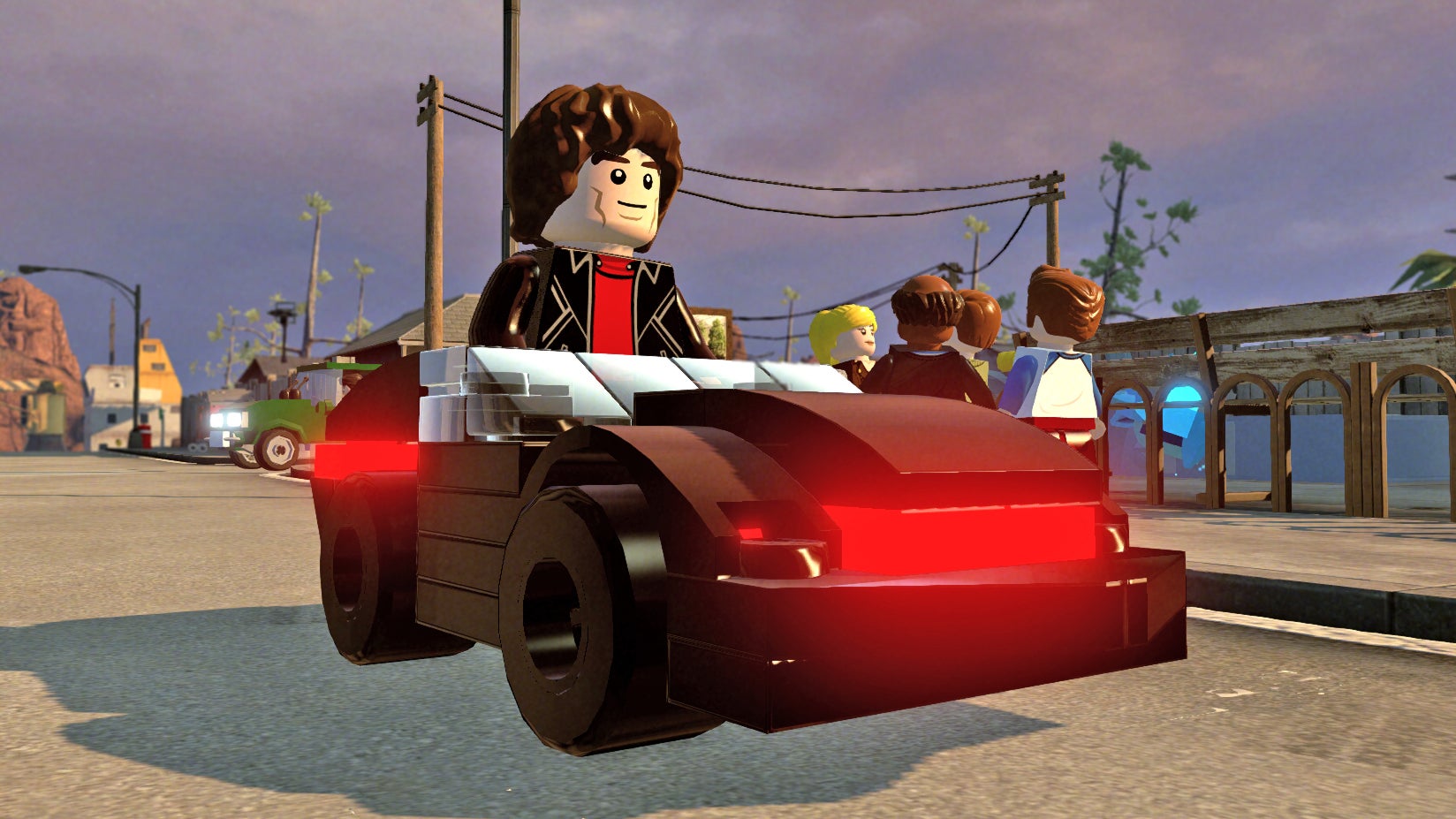 Based on the classic ’80s commercial for the 1984 Pontiac Trans Am that was disguised as a TV series, both Knight Rider’s David Hasselhoff and the artificially intelligent KITT are coming to LEGO Dimensions as playable characters, with an accompanying mini-figure and a tiny LEGO version of the talking car.

Initially available starting on February 10, the game’s Michael Knight includes a special wristwatch allowing him to hack terminals and spot secrets hiding behind walls, or he can just take to the streets in KITT and let the car do all the crime-fighting. The add-on also introduces a new Knight Rider world to LEGO Dimensions, as well as a unique Battle Arena. But you’ll probably be buying it just to get your hands on that awesome ’80s LEGO minifig hair. 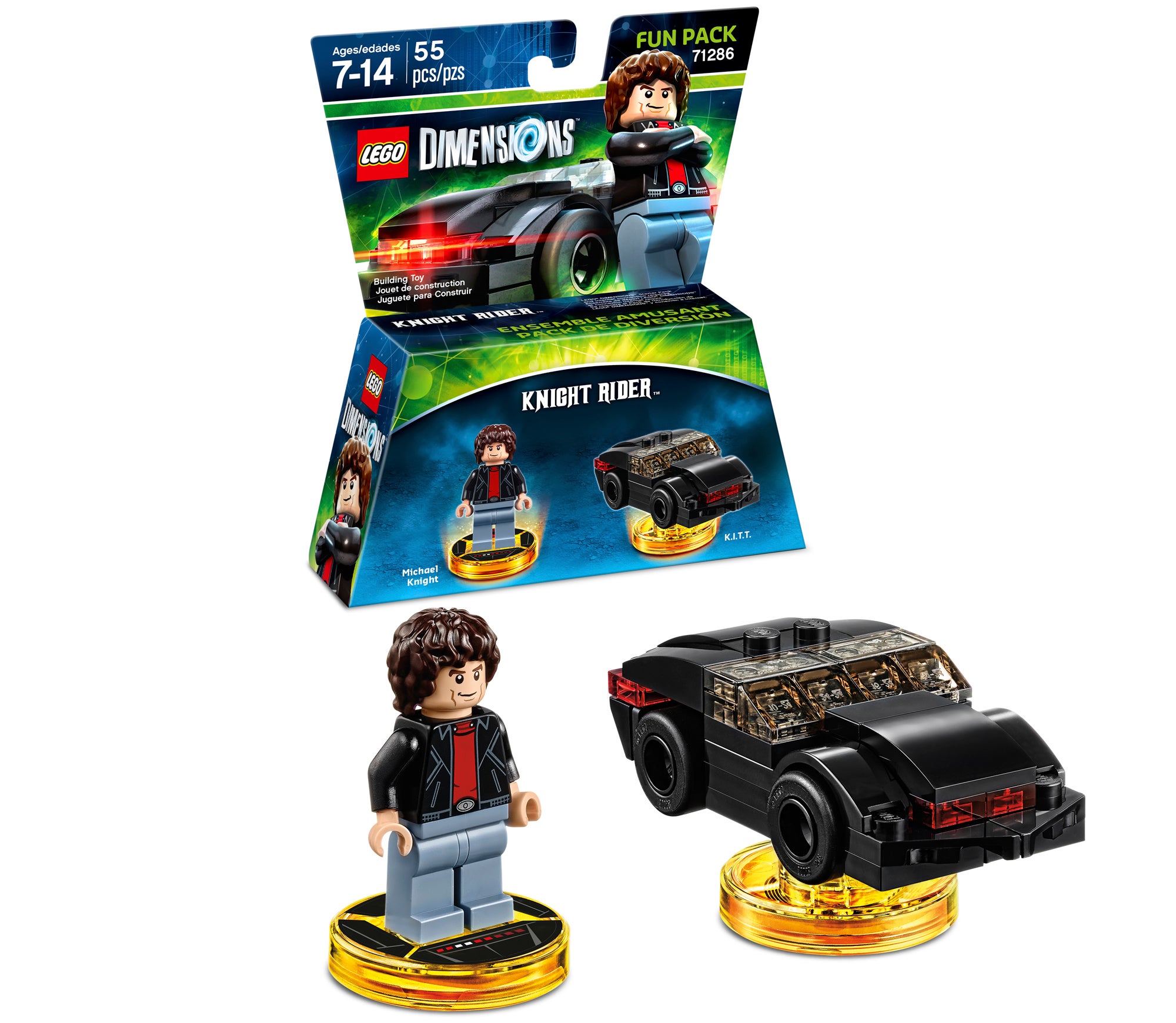