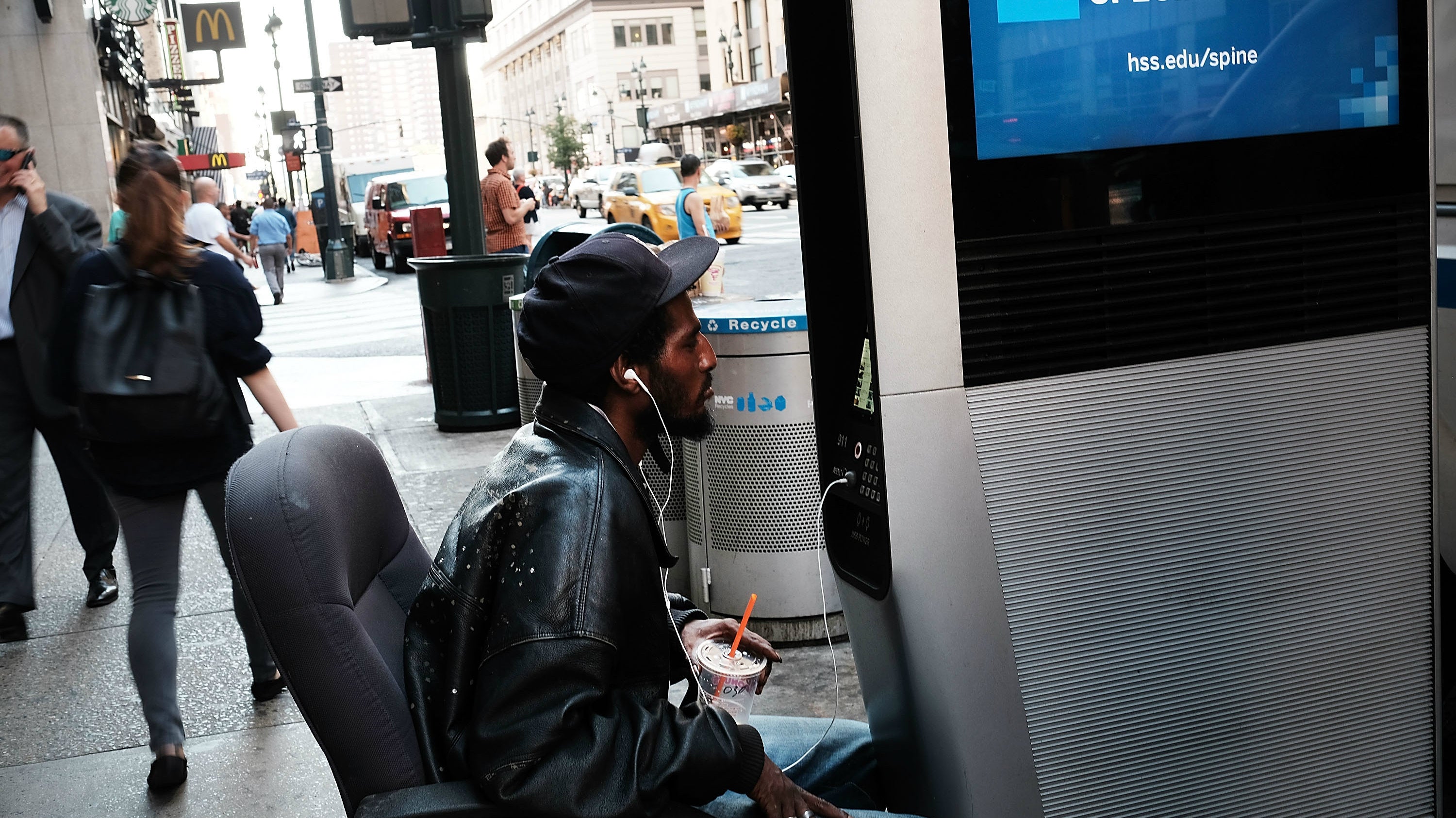 The tablets within Link NYC Internet Kiosks are losing internet access because too many homeless people are using them. The city had received complaints that large crowds of homeless people were gathering around the kiosks.

Instead, they have attracted large groups who linger for hours, sometimes drinking and doing drugs and, sometimes, boldly watch pornography on the footpaths. Now, yielding to complaints, the operators of the kiosks, LinkNYC network, are shutting off their internet browsers.

Users were expected to make short stops at the kiosks. But they quickly attracted the homeless and other idle people who took full advantage of the unlimited access to the internet to watch movies and play music for hours.

The kiosks will still provide high speed internet access, just not on the tablet that is built in to the kiosk. The tablets will also still provide access to 911 and Google Maps services.

“We’ve heard a great deal of concern from all corners of the city about the misuse of these kiosks for lewd and nefarious purposes,” said Bronx Borough President Ruben Diaz Jr., “and today’s announcement that web browsing services will be disabled on LinkNYC kiosks is a step in the right direction.”