Fish Are A Bunch Of Lame Posers 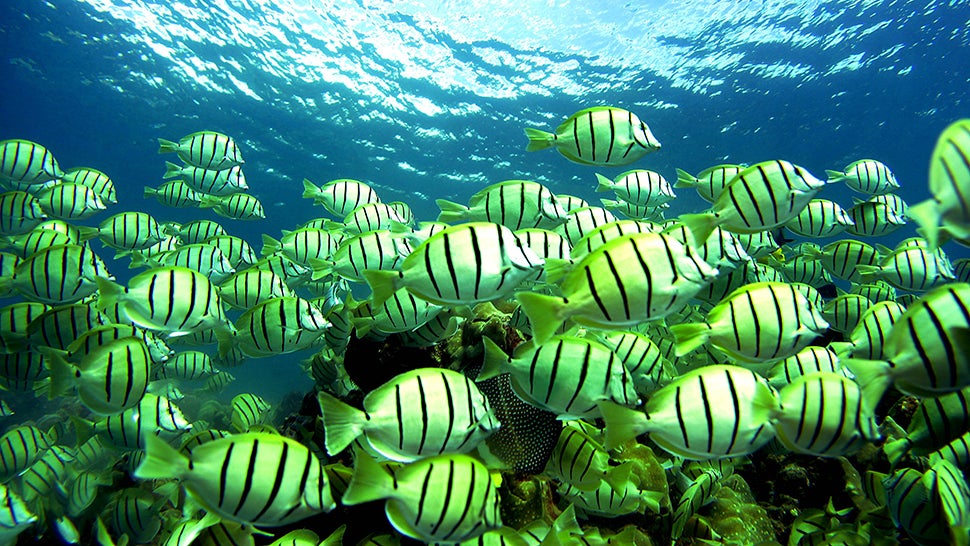 A new study has found that “schooling” is a horrendous process in which an individual’s unique personality is unceremoniously supplanted by group-think and the notion of bravery is cast aside when a danger to the overall status quo is presented. School, in this case, is the group that fish swim in. What did you think we were talking about?

Dr. Christos Ioannou and his fellow researchers at the School of Biological Sciences have concluded an investigation into the individual and group behaviours of the three-spined stickleback. They found that much like humans, the bravest fish tend to lead the herd. But when a group decision is necessary, such as in a situation of danger, even the brave individual who stood out from the pack tucks tail and becomes a cautious follower.

Who knew the stickleback was so spineless?

“This is the first time that the suppression of personality in groups has been linked to its underlying cause, which is conformity in group decision making,” Ioannou says.

Interestingly, the fish in the study didn’t seem to retain their conformist predilections when tested again in isolation. According to Ioannou, “The behaviour of the fish seems to be ‘plastic’ to the social situation — they show consistent individual differences in behaviour when tested alone — reflecting personality, but they are also happy to suppress this to be able to stick together with their shoal mates if there are others around.”

[University of Brazil via Science Daily]