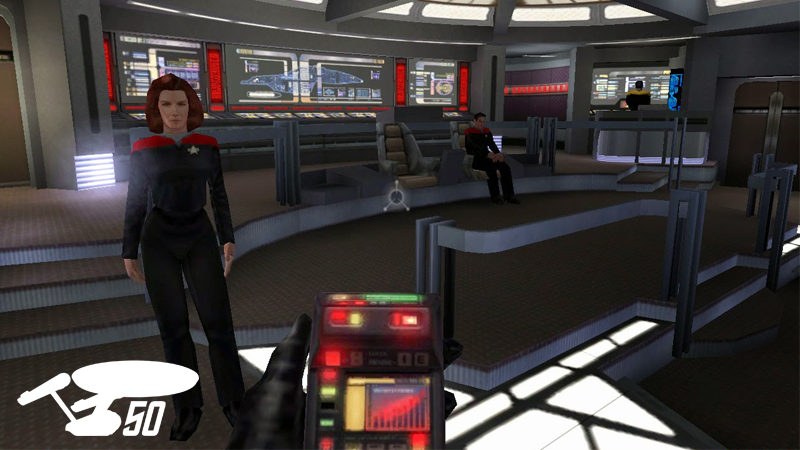 Star Trek‘s ideals don’t sit all that well with your average video game. Trek‘s idealistic view of the future mostly dealt with conflict through discussion rather than liberal phaser blasts to the face, and video games are usually the other way around. That’s why a first-person shooter in the Star Trek universe should never have worked. Until it did.

Released in 2000 and set during the sixth season of Voyager, Raven Software’s Elite Force put players in the boots of Alex Munro, second-in-command of a new “Hazard Team” security force created by Tuvok to handle the increasingly hostile areas of the Delta Quadrant. You were the security team called in when shit went down, and Elite Force was all about shit going down — Voyager gets transported to a derelict ship graveyard by a mysterious shockwave, and while the Bridge crew were tasked with investigating how to get back to their journey home, Hazard Squad was called in to protect them… mainly by blasting anything in sight that even looked at you funny.

While Elite Force was a great shooter — with a multiplayer component based off of Quake III Arena, as crazy and intense as any PC shooter on the market at the time, but made even better with its Star Trek skin — where it truly shone is using its first-person perspective beyond shooting action to root you in the world of Voyager. In between action missions, Munro was mostly given free reign to explore the halls of Voyager, performing tasks for members of the crew. 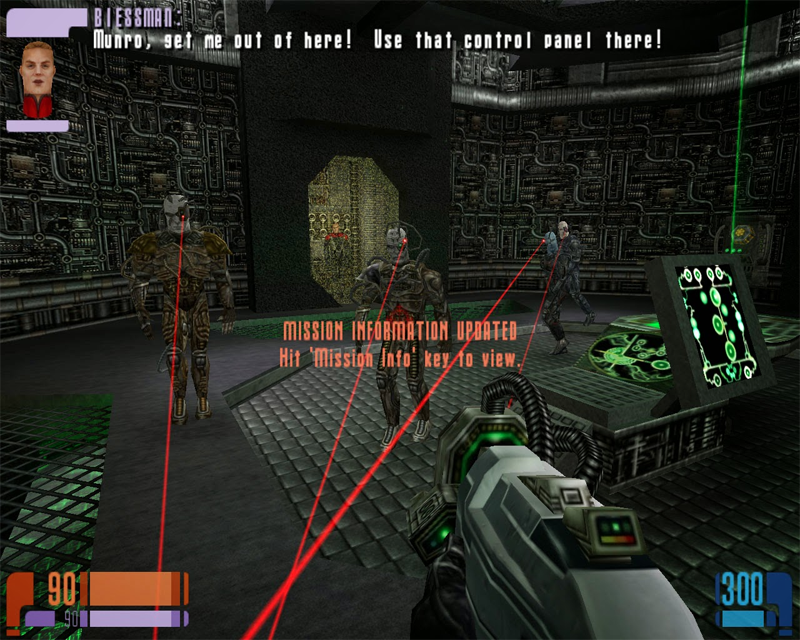 At the time, it was remarkable: the chance to completely explore one of franchise’s famous ships from stem to stern, and be part of that world in a tangible, personal manner. It was a playground to explore and interact with a Star Trek series unlike anything any previous game had attempted. As someone who was young enough to discover Star Trek through Voyager, it was an incredible experience.

Star Trek games since have often struggled to balance solid gameplay that video game fans crave with the chance to explore the franchise’s beloved universe, to capture that intangible but vital “trekky” feeling. Elite Force was arguably the first that gave Trek fans the best of both worlds — and that’s why 16 years later it’s still my favourite Star Trek game.