Does Listening To This Pink Kinetic Sand Give You The Tingles? 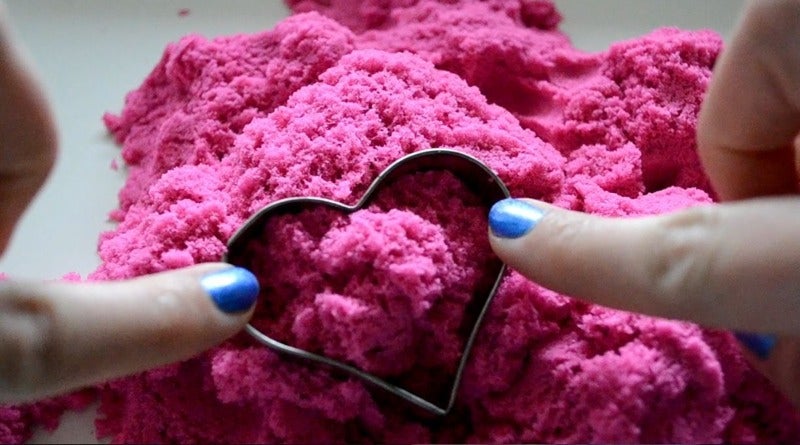 Video: Kinetic sand is a freaky-looking substance made of 98 per cent sand and two per cent silicone oil, so it sticks to itself, but won’t stick to anything else. It’s like an especially granular type of dough, and you can watch — and hear — the stuff in action in a new short “trigger” video from The ASMR Circus.

The ASMR Circus videos are part of a growing online community of people who get a pleasurable tingling sensation in the head, scalp or back in response to certain auditory, visual or tactile stimuli. The technical term is Autonomous Sensory Meridian Response (ASMR), and if you have it, chances are you’ll get the tingles from the soft crackling sound of the kinetic sand gently being prodded with a knitting needle. (Headphones recommended to pick up every nuanced crackle.)

Even if you don’t, it’s still oddly mesmerising to watch the stuff seem to move all on its own: