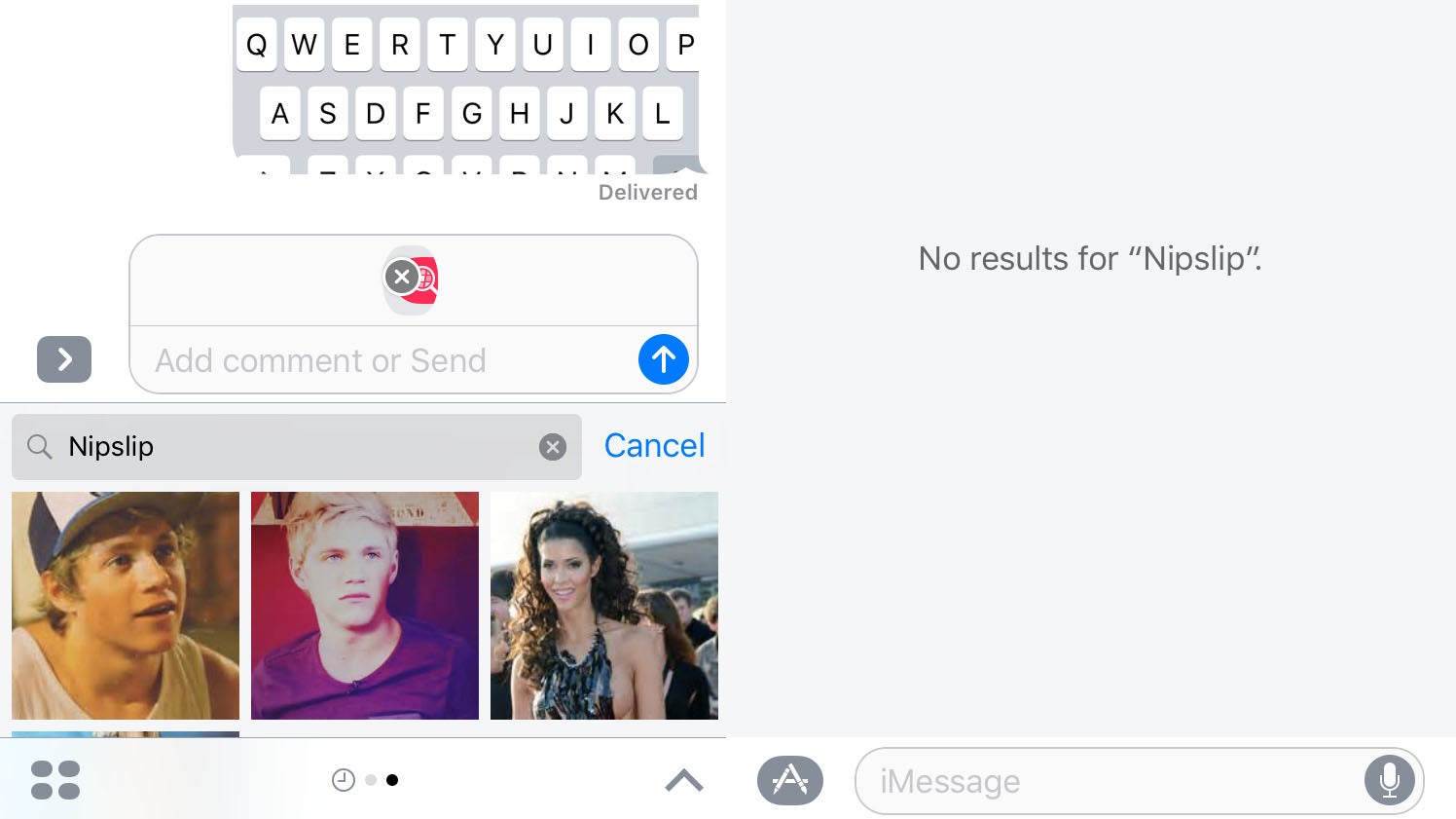 Earlier today, our colleagues at Deadspin discovered something strange about the new gif search in iOS 10’s iMessage: Inadvertently do the wrong search, for, say, the word “huge”, and you could be looking straight at a stranger’s genitals (or a cartoon horse’s, as the case may be). 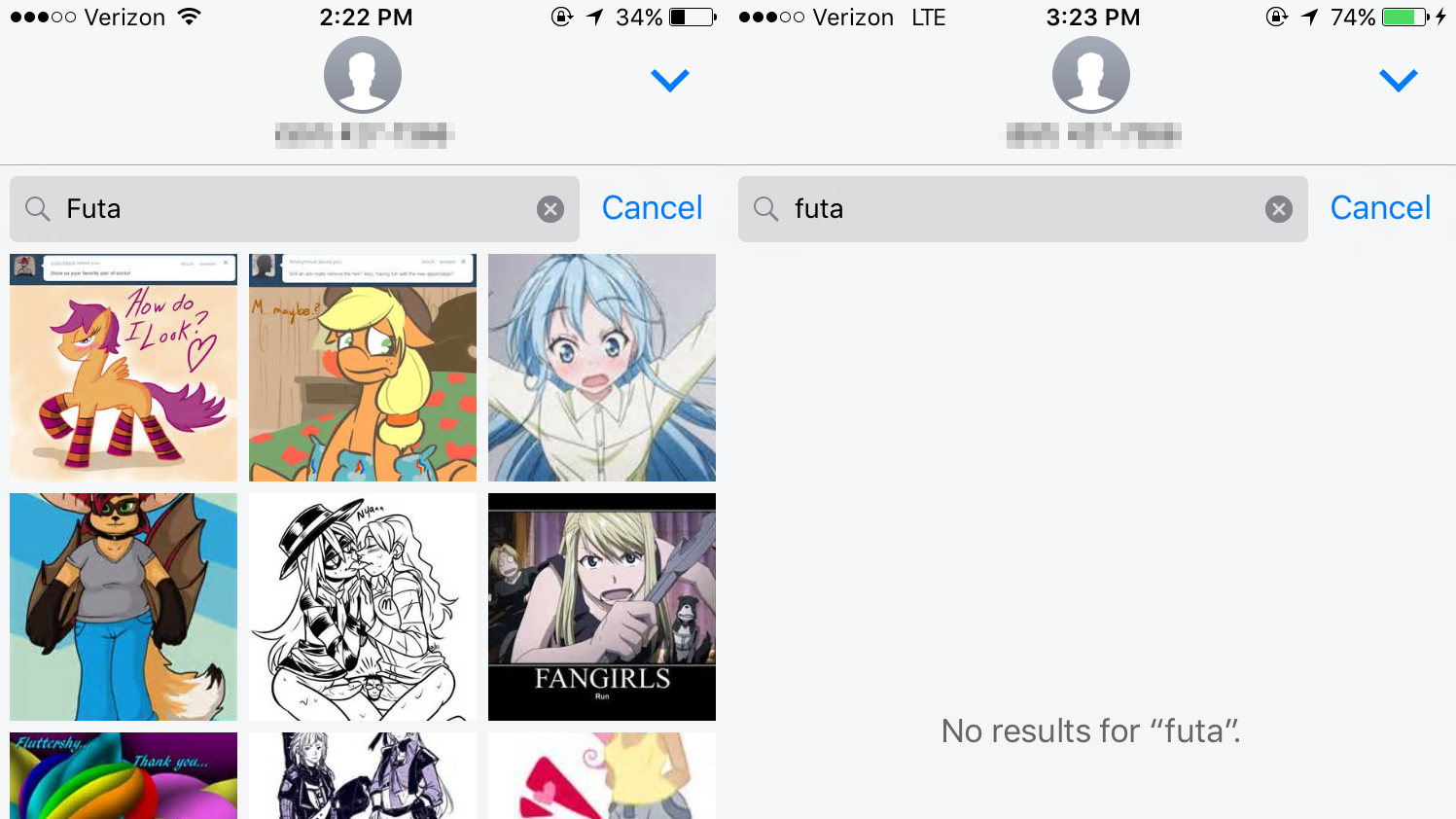 For example, “futa” — an abbreviation for futanari, the Japanese term usually applied to hermaphroditic animated pornography — returned several NSFW gifs earlier today. An hour later, the term appears to have been blacklisted. The process seems to be ongoing and occurring rapidly, as some previously kosher searches like “shlong” are now banned, while results for “sideboob” and “ballgag” are noticeably fewer and more sanitised.

“Nipslip” has been banned. At 5:45AM AEST the term returned a handful of results, one of which was NSFW, though it was unsendable for reasons unknown. By 5:51AM AEST the search was banned completely. The same term with the space included (“nip slip”) was unsearchable already.

We’ve reached out to Apple with questions about the sudden moderation spree, and will update if we hear back.