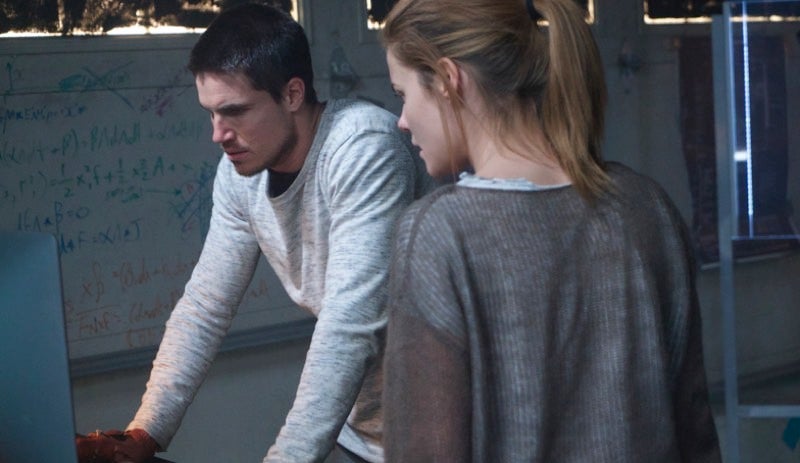 Video: Living in a dystopian future will put a strain on any relationship, but having access to time-loop technology (like the couple played by Robbie Amell and Rachael Taylor in ARQ) only makes things worse. In this clip from Netflix’s grim, sci-fi spin on Groundhog Day, the duo argues over what to do with their precious invention — and with each other.