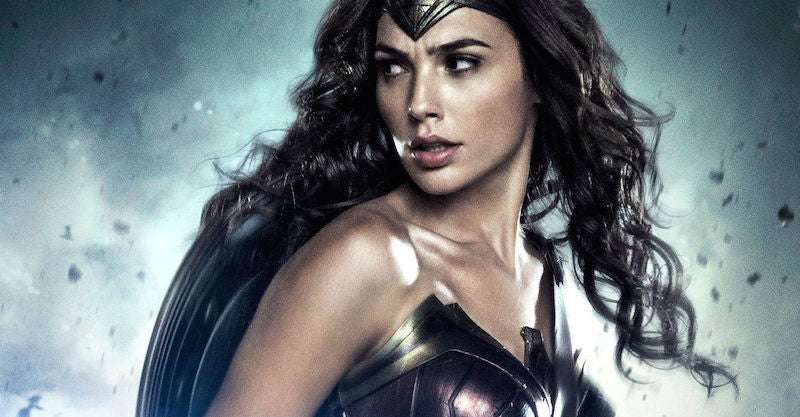 The Wonder Woman film is still nearly a year away from being released, but there’s already a lot riding on it. The amount of pressure on the solo movies in the DC movieverse to set up the franchise is so high that we would’t be shocked if Diana herself couldn’t hold it up.

And if an open letter from an alleged ex-Warner Bros. employee is any indication, the new film could be in trouble too.

The whole essay is a criticism of the studio and its refusal to learn from mistakes. At the end of the letter, posted on Pajiba, the former employee states that inside sources are confirming that “it’s another mess”, although they don’t go into details as to why.

As any viral open letter on the internet would do, it reached the eyes of Patty Jenkins, the director of Wonder Woman, who had some words on the subject.

Woah, just saw this press about WW having problems. Are they serious? This is some made up bs right here. Made up! Produce a source, anyone.

Isn’t until you are intimately involved in these things that you realize how totally false these rumors can. Let me reassure you…

Zero about the movie we are making has been called a mess by anyone in the know. Fact.

Additionally, we’re glad that Jenkins has picked up the appropriate lingo for such a statement.

Real lasso of truth, time, will reveal that letter to be false soon enough. But lame something so transparent in its agenda gets traction.

We’re on Jenkins side here. We want the film to be good too, but only time will tell if the Wonder Woman film can “save the DC universe” after the critical disappointments that were Batman v Superman: Dawn of Justice and Suicide Squad. We want it to be good so badly, especially since the trailer looks amazing (even if the author of the letter agrees, adding that the studio is hiding behind it), but we’ve been rattled by how terrible the other films have been.

If you loved these films, more power to you. We thought Suicide Squad was garbage and that looked like it could be better than Dawn of Justice due to its amazing trailers. We just don’t want history to repeat itself when it comes to freaking Wonder Woman. It’s the first time this legendary hero has led a feature film and we want it to prosper.

Who knows what can happen in 10 months, though. Maybe some more reshoots if it does end up bad?