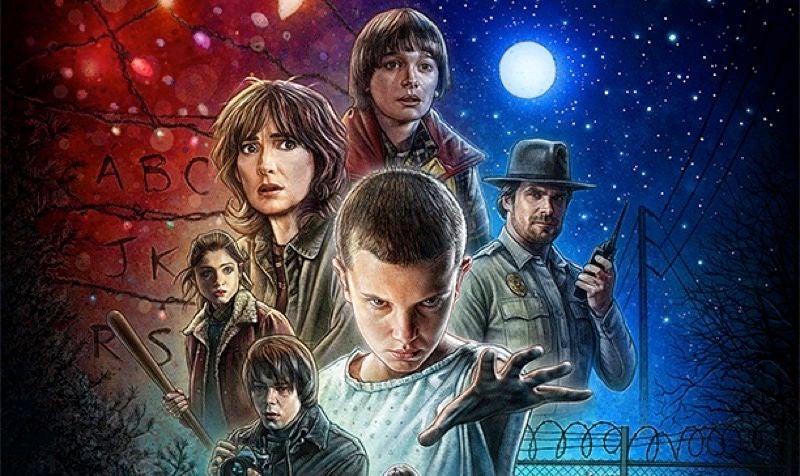 People have been working to deal with their Stranger Things music urges while waiting for the official soundtrack. A few weeks ago, it was confirmed that it was in the works, but now Pitchfork is reporting dates for the release, and it’s happening soon.

The score for the Netflix show was created by Kyle Dixon and Michael Stein, of the Austin band S U R V I V E. The Duffer Brothers, the main brains behind the show, were fans of the band’s music and had brought them on for some official work. Dixon stated in a release:

We discussed having a classic tone and feel to the music for the show but being reserved enough that it wasn’t ’80s cheese, while offering a refreshing quality so that felt modern. This was one of the qualities that drew them to our music in the first place. Having a familiarity with classic synths worked, but with an overall forward thinking approach.

The synth score has been one of the standouts of the series, which featured a number of standout pieces, including amazing child actors and all that whacky nostalgia. But the music wasn’t just there for reference purposes. It holds its own with low, heart-thumping beats. Listen for yourself.