OK, this shit was cool in the early to mid-aughts. (Photo: Getty) 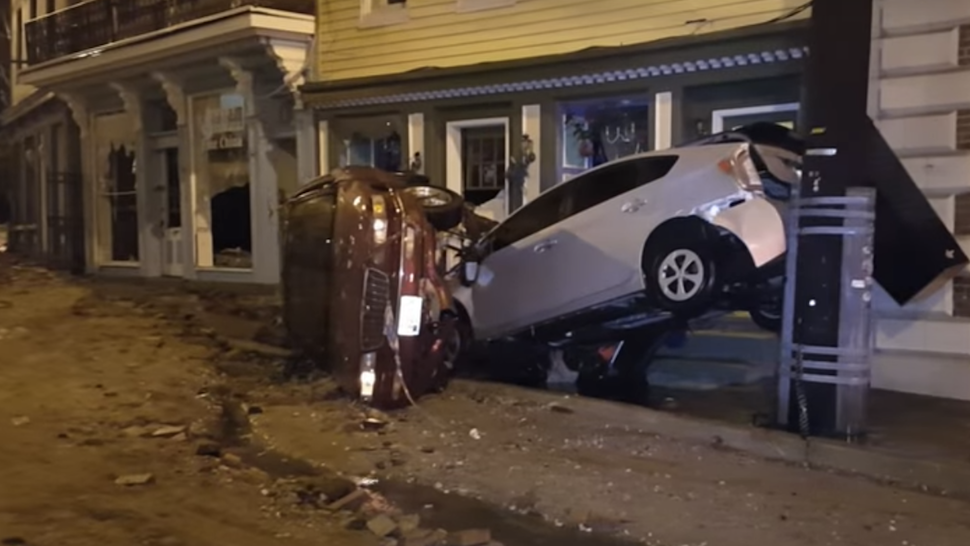 Heavy flooding in Ellicott City, Maryland this weekend left two people dead and necessitated the rescue of 100 others, in what one county executive described as the worst destruction in generations.

“We’ve never seen such devastation in Howard County for over 50 years,” Allan Kittleman, the county executive, told CNN. “It looks like a war zone.”

Kittleman said 15cm of rain fell in just two hours on Saturday night — roughly the same amount that the city, which lies roughly 20km outside of Baltimore, gets in a month. The National Weather Service reported that the nearby Patapsco River surged more than 4m, according to NBC.

Footage from both the flood and its aftermath showed how bad the damage was:

One victim, Jessica Watsula, 35, was killed after her car was swept up by rushing water; the other, 38-year-old Joseph Blevins, also died after his car got caught in the flooding.

At least 25 buildings were damaged, and videos from the scene showed cars floating down what had previously been city streets.

One video showed a human chain that was formed to save a woman from her car:

People form a human chain to help save a woman from the flooding in #HowardCounty (via Sara Arditti) #WBAL pic.twitter.com/vjXaKozuVc

A state of emergency was declared in Howard County, and people have been advised to “avoid the [Main Street] area because of gas leaks and downed power lines,” according to NBC.

Randy "Grizzly" Cruey rests on the sidewalk after heavy floods devastated the historic district of the town on Sunday, July 31, 2016, in Ellicott City, MD. Cruey, who has been homeless for the past six months, said he was camping near the Patapsco River and barely escaped when the floods came. Intense thunderstorms unloaded as many as eight inches of rain in three hours. Ellicott City's Main Street was transformed into a raging river that swept away cars and inundated homes and businesses. #EllicottCity #flooding #MotherNature #NaturesWrath (Photo by @jaheezus – Jahi Chikwendiu/The Washington Post)

Chris Hasch wipes his brow as he helps family friends clear their flooded basement after heavy floods devastated the historic district of the town on Sunday, July 31, 2016, in Ellicott City, MD. Intense thunderstorms unloaded as many as eight inches of rain in three hours. Ellicott City's Main Street was transformed into a raging river that swept away cars and inundated homes and businesses. #EllicottCity #flooding #MotherNature #NaturesWrath (Photo by @jaheezus – Jahi Chikwendiu/The Washington Post)

Elsewhere across the country, massive floods have wrought similar devastation — in West Virginia and in Texas, for example. And it’s not just flooding, either: Lately, the planet’s weather has generally gone completely off-the-rails crazy. It’s almost like the planet is trying to tell us something…