The World's Dumbest Travel Pillow Looks Like A Torture Device 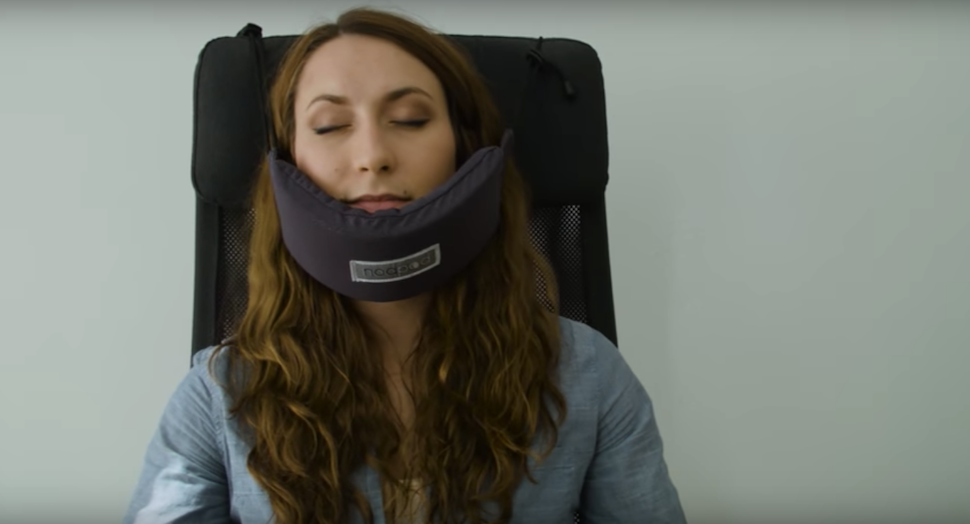 We're all more or less dead on the inside while we travel, and now the latest offering from Kickstarter is here to make sure we look dead on the outside, too. Meet the NodPod, a poorly named travel pillow that more closely resembles a strange, fancy neck brace rather than anything that might help you sleep. The creators of the NodPod claim that it "recreates how you sleep on a bed but in an upright position", explaining that it keeps the user's head stationed at a 90-degree angle — because that's apparently how one is supposed to sleep normally. You're telling me I'm not supposed to resemble a marionette flung around by a deranged puppeteer when I sleep?

At any rate, the NodPod attaches to the back of your seat and keeps your head and neck in place. Here it is in practice, modelled by a poor, vaguely strangled-looking woman:

"We promise you, this is the best sleep you will ever get while travelling," the robotic narrator purrs. (Red wine or Stilnox will also do the trick.)

Stunningly, that's not all the NodPod has to offer. There's also a travel "blanket" that quite literally looks like a body bag: 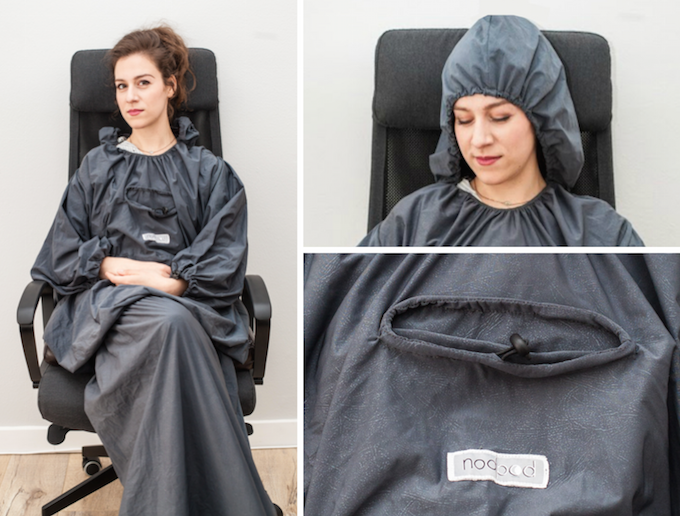 For all of your Weekend at Bernie's-related needs, it features an "'open back design' in-order to step into the blanket all at once, which also means the blanket cannot fall off when asleep and covers you from head to toe".

To give the NodPod some credit, it is tackling a shitty hallmark of travel: The inability to get in a nap or a good night's sleep. But the company also ignores everything else that makes sleeping difficult while travelling, including stress, irritating seat mates, temperature, jet lag and fear that the tiny metal box you're travelling in is going to fall out of the sky at any moment. Also, it makes you look like a dumbarse.