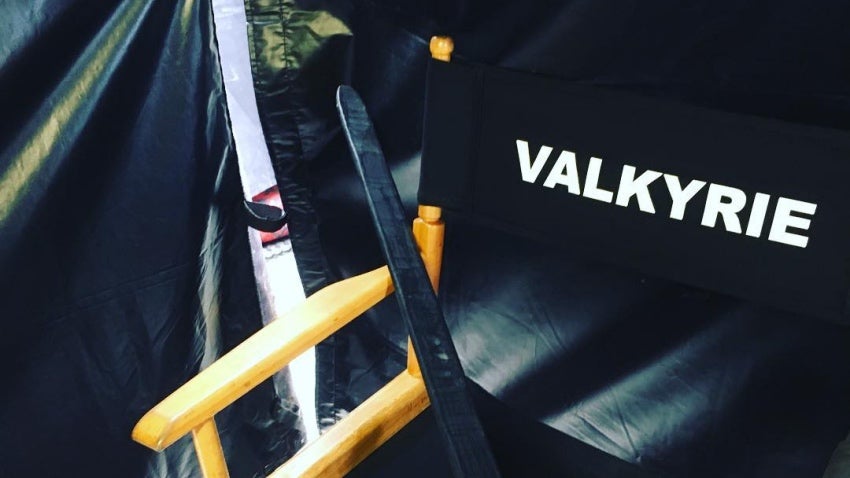 We’re loving Tessa Thompson’s addition to Thor: Ragnarok as the badarse warrior Valkyrie, and now we’ve got a look at her (possible) weapon.

The Creed star shared a photo on Instagram showing off her official Valkyrie set chair, as well as something a bit more awesome: Her sword. We’re not sure if the sword is the official one she’ll be wielding on camera or just a practice weapon, but Thompson said she “never want[s] to not have a sword again”.

Day 18 update: I have a lot of bruises. And suddenly abs from laughing so much. And I never want to not have a sword again. @thormovie

In the comics, Valkyrie is an Asgardian warrior who leads Valkyrior, a group of warriors who show up to battlefields and take fallen soldiers to Valhalla. No word if the movie version will be the same, but at least we know she can handle herself in battle, if the self-described “bruises” are any indication.