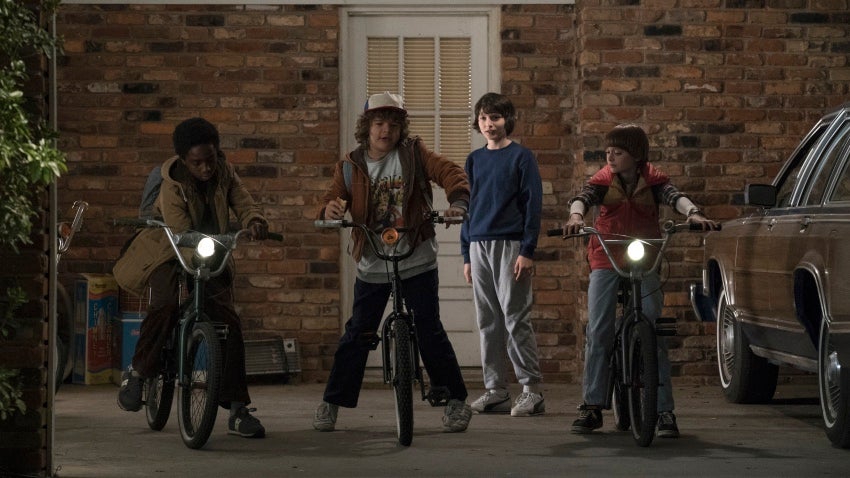 We’ve seen plenty of fan renditions of the theme song intro for Stranger Things. We got a “karaoke version” sung by Caleb McLaughlin (Lucas) and Gaten Matarazzo (Dustin), as well as an 8-bit version that practically begs, “Make me a video game.”

Now, YouTuber Tim Bennett has reimagined the intro as part of a cheeky 80s sitcom. It’s got everything: Cheesy smiles, lots of hugs, and not a monster in sight! In fact, the parody theme song might have just about every single happy moment that exists in the entire season. Let’s just say things go downhill very fast for our young heroes.

It did suck that Barb, played by Shannon Purser, didn’t get a credit in the theme song but, as some have pointed out, she wasn’t exactly done justice in the series. Luckily she’s getting plenty of love elsewhere.

And of course, who better to helm this new intro than the musical stylings of Randy Newman, whose Toy Story soundtrack tune “Strange Things” perfectly meshes with the tone and feel of Stranger Things. Then again, Newman basically sounds like the 1980s no matter what decade he’s in.

I love you, Randy, never change.

Check out the theme song here: