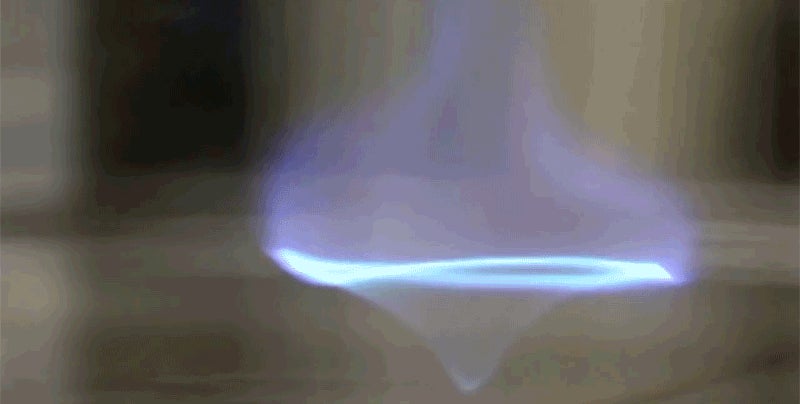 When they appear in the wild they can be devastating, but in a controlled environment fire tornadoes are not only mesmerising to watch, it turns out that a new iteration might also provide a more eco-friendly way to deal with man-made disasters like oil spills. 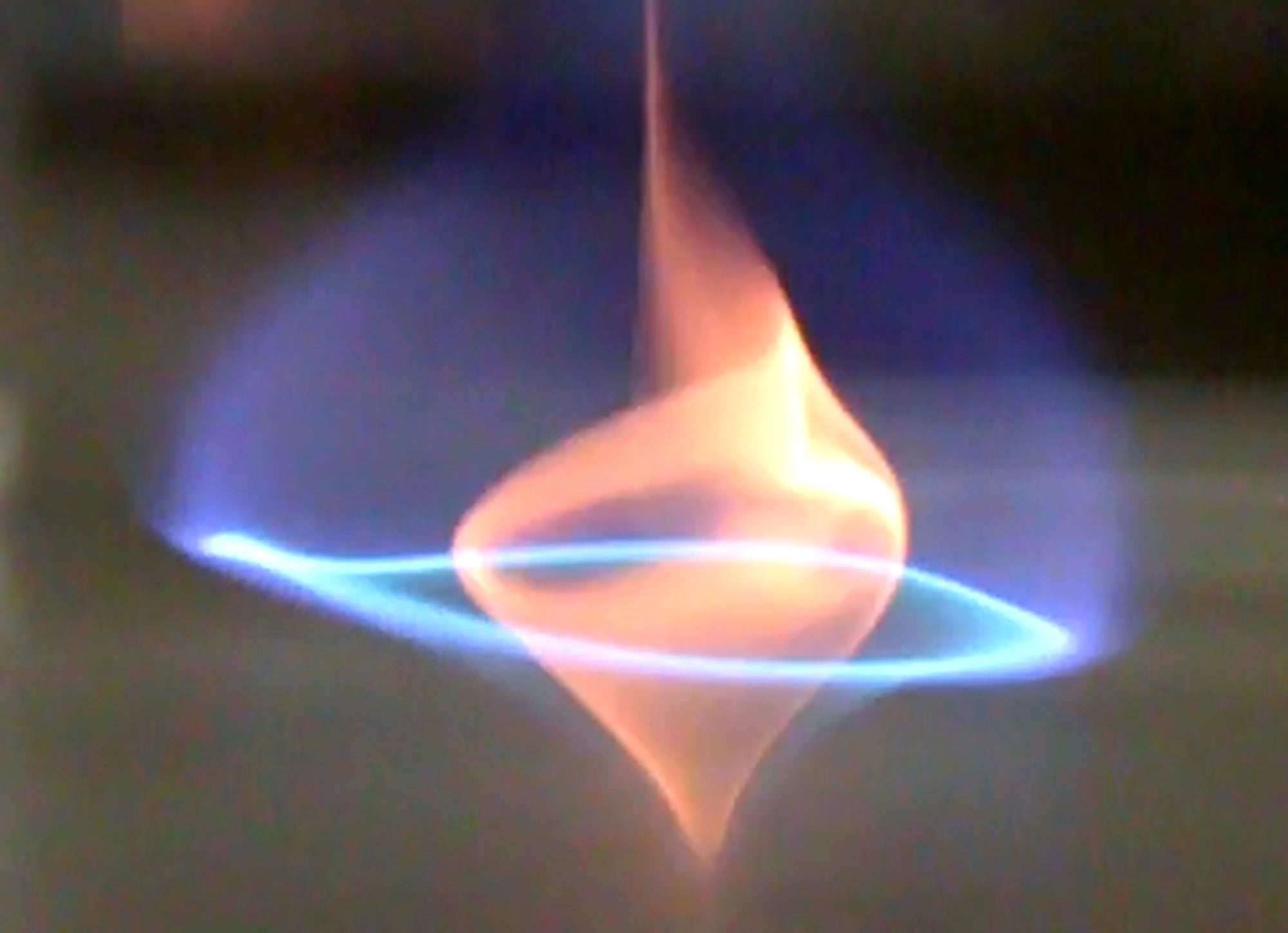 A fire tornado transitioning to the newly discovered blue whirl.

Researchers at the University of Maryland's A. James Clark School of Engineering discovered a new type of fire tornado they have dubbed the blue whirl since it lacks the distinctive yellow colour of traditional flames — and that's what makes them useful.

The yellow colour of a flame actually comes from glowing soot particles that weren't able to completely burn away due to insufficient oxygen. A blue flame indicates there's enough oxygen for complete combustion to occur, which means there's less soot and pollutants being released in the process.

So what practical uses are there for these blue whirls? They're actually far more stable and easy to reproduce than a traditional fire tornado, making them easier to generate and study in a laboratory environment. So their true potential may not be fully known yet.

But an immediate application of the discovery could be for cleaning up environmental disasters like oil spills. Traditional methods involve corralling crude oil into a thick floating layer that's then burned away — but at the cost of tremendous pollutants being released into the air from all the thick smoke produced. Blue whirls could instead be employed for a cleaner burn that vastly reduces those harmful emissions.

And let's not forget how cool it will be to see a blue fire tornado the next time someone drags you to a science centre.

[University of Maryland via Gizmag]

James Whitbrook 28 Jan 2020 8:27 AM
Last night’s Doctor Who was meant to be, like much of season 12 so far, a reminder of its more familiar self of the past few years in the wake of last season’s bold experiments with the tone and scope of the show. Familiar aliens stalking familiar Earth streets, a monster-packed romp just like the good old days. And then suddenly...it wasn’t.