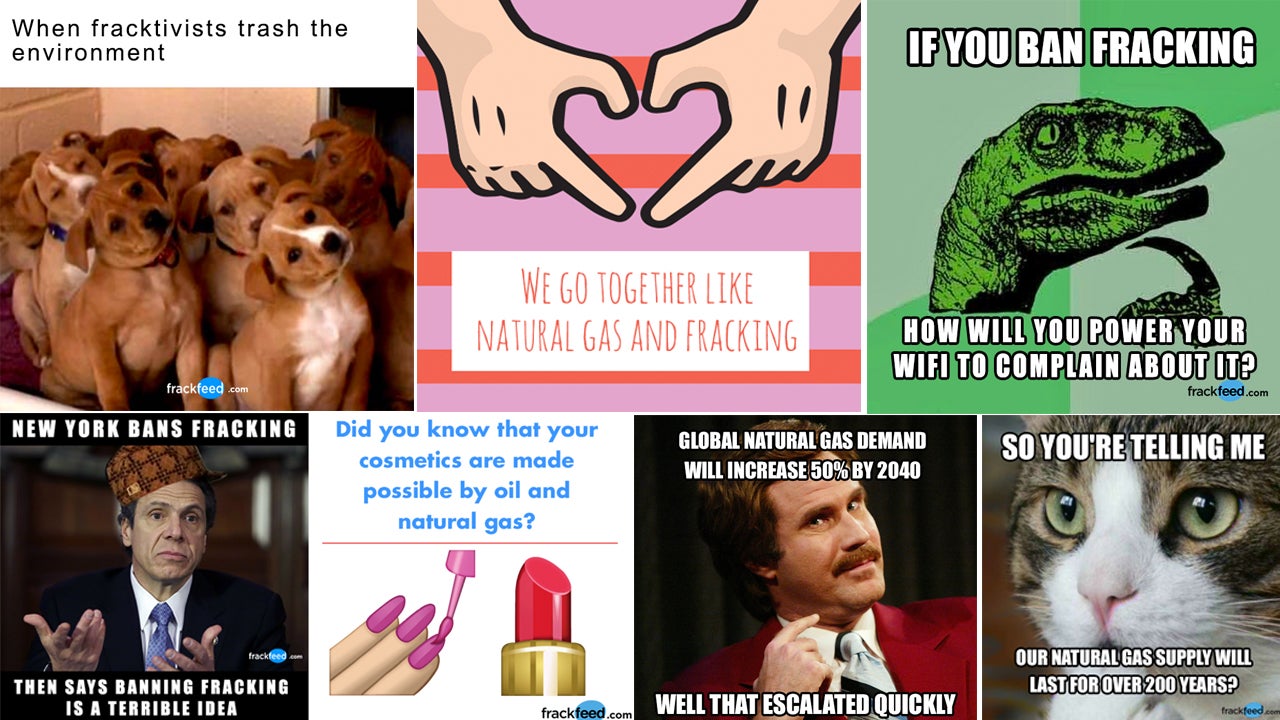 The US election can be really odd at times, and nowhere does this come out as clearly as on FrackFeed, a pro-fracking Buzzfeed style website. If nothing else, it’s a hilarious source of really, really bad fracking-themed memes.


Taking advantage of the collective feeling of election frustration coming from both the left and the right, North Texans for Natural Gas, a pro-fracking group, made its own campaign video to try to win over the hearts of the American people. Because if there’s anything Americans can unite over, it’s not giving a shit about the environment and a hardcore video of a river catching on fire.

(Side note: Please don’t refer to fracking using the pronouns she/her/hers, please don’t disrespect my gender like that.)

The video — which praises both Trump and Clinton for being pro-fracking — comes from the website FrackFeed, a pro-fracking site modelled on BuzzFeed that seems to have been up for almost a year. North Texans for Natural Gas spent over six-figures on this advertising campaign, spokeswoman Courtney Loper told Morning Consult. Makes you wonder what all that money went to, considering the poor quality of the site.

“It’s more entertaining than the normal outreach,” Loper said of the rationale behind the site. “It’s reaching out to all generations when talking about energy and what it does for your state, for your economy. It’s really about resonating with every generation.”

FrackFeed has listicles, a section for pro-fracking news called “hot topics,” and offers quizzes — a poor imitation of a website millennials who are down with the fire memes would actually visit. In the quiz section, you can test your knowledge of how fracking benefits Texas water (JFC), guess which “Celebrity Fracktivist” said the “darnedest thing” and bizarrely, take a non-fracking related “Which Friends character are you?” quiz. (I got Joey, so it is definitely inaccurate.) 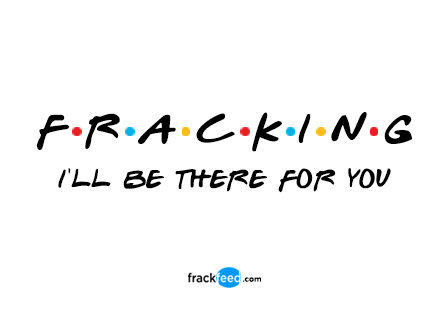 Me trying to flirt.

Plus the site has dozens of painfully bad memes, made by somebody who still thinks top text-bottom text memes are relevant.