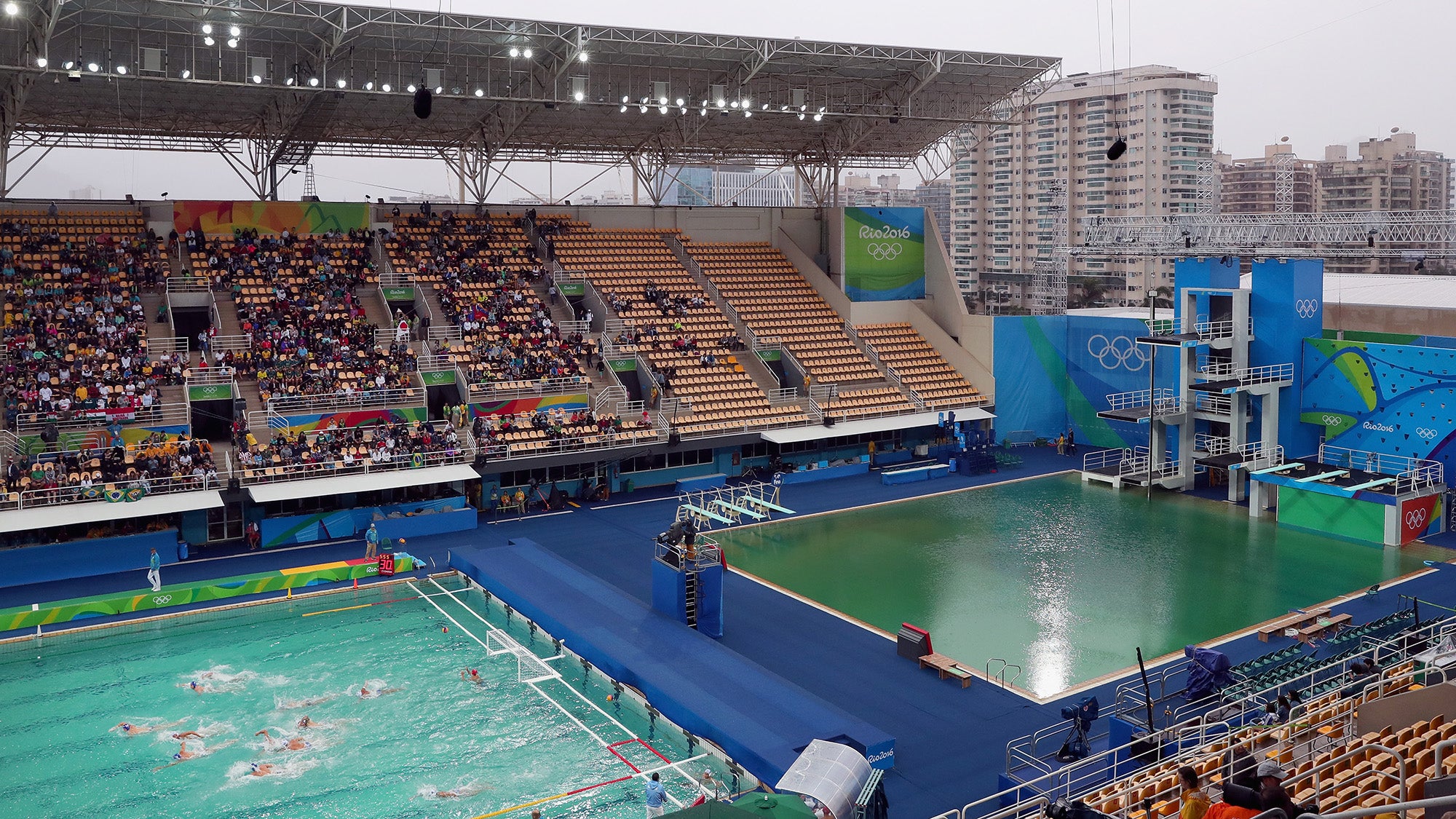 Less than 24 hours after Olympic onlookers watched the Rio diving pool turn a murky shade of green, it now looks like the water polo pool is slowly growing something, too.

However, unlike yesterday’s brief mystery, we know the official reason why the Rio Olympics is inundated with greenish water: It’s algae, baby.

Speaking with the Associated Press after yesterday’s algae problem, Olympic spokesperson Mario Andrada says that the puke-green hue was caused by a “proliferation of algae” primarily because of “heat and a lack of wind”. Officials assured Olympians that the water was tested and found completely safe.

Andrada additionally mentioned that the diving pool would return to a nice lovely blue colour as of Wednesday (today), and it definitely didn’t do that. Instead, their algae problem has only multiplied. So take note, Tokyo. Maybe in 2020 consider an Olympic pool cleaning competition.