Hawaii Is Getting Bigger, Fast 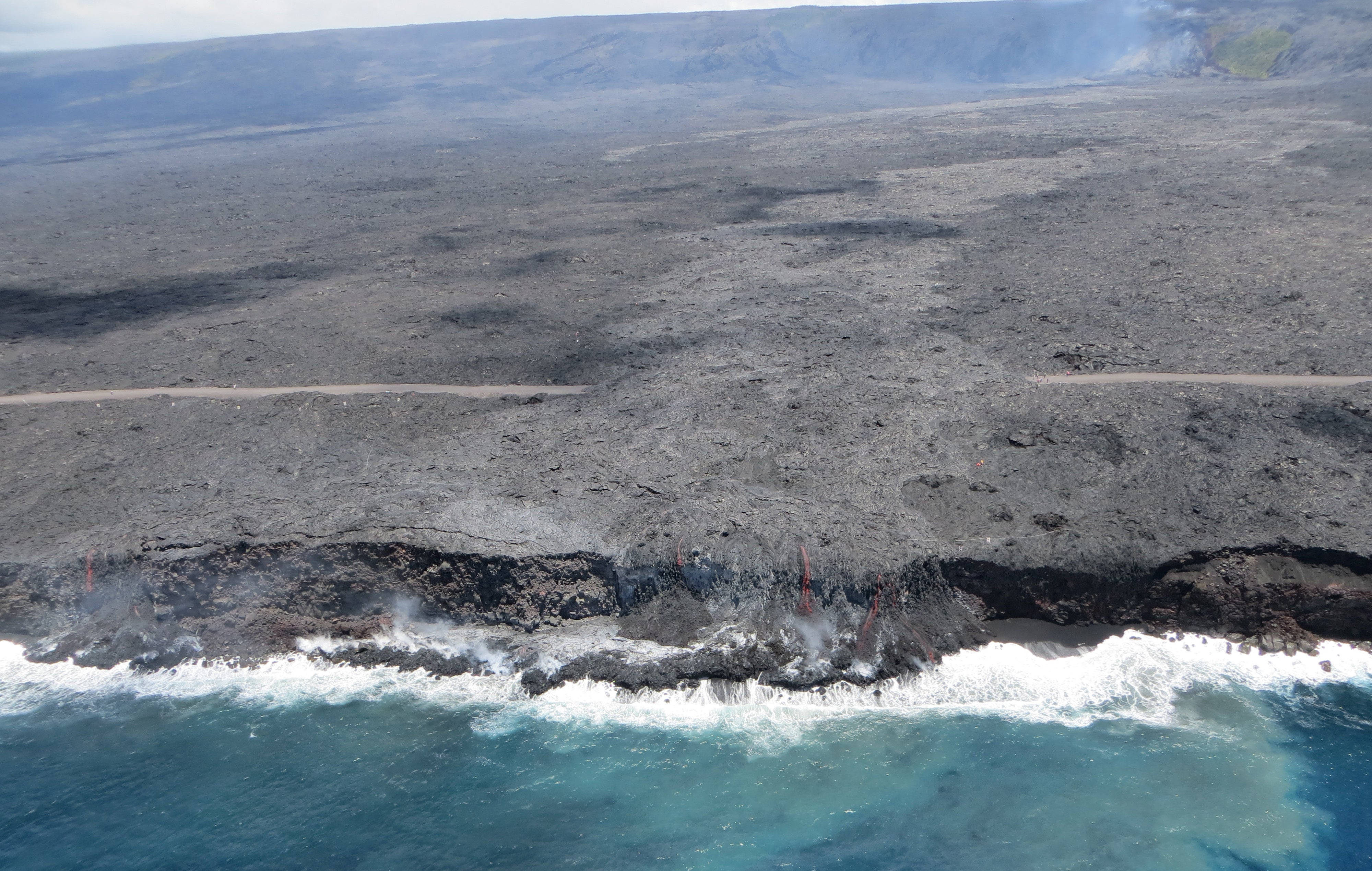 Hang onto that property, Hawaiians: In a few hundred years, there’s a chance that your slice of paradise will be slightly larger. Geologically speaking, Hawaii is still growing fast, thanks to frequent eruptions from volcanoes like Kilauea, which was caught spewing its molten guts into the ocean last week.

Lava from Kilauea volcano streaming into the ocean on July 29th. Image: US Geological Survey

Located on the southeastern side of the Big Island of Hawaii, Kilauea is a shield volcano that emerged from the sea more than 50,000 years ago and is now considered one of the most active volcanoes on Earth. Since 1983, the Puʻu ʻŌʻō spatter cone in Kilauea’s eastern rift zone has been erupting continuously, splashing molten rock down its flanks and enchanting visitors.

Recently, something unusual happened at Puʻu ʻŌʻō: A new vent opened in the crater’s eastern flank, sending lava down the southern side of Kilauea and out to sea for the first time since 2013. It took several weeks, but lava flow 61G finally reached the ocean on the morning of July 26. Photographer Warren Fintz was lucky enough to be in the area and catch the remarkable event on camera.

The mixing of molten rock and seawater helps build new land. “Lava pouring into the ocean from either surface flows or lava tubes cools rapidly, usually shattering into sand to block-size fragments,” the USGS explains. “These fragments accumulate along the submarine slope to form a loose foundation that will eventually support overlying lava flows that build the delta above sea level.”

Individual lava deltas from Kilauea’s past eruptions have been known to add hundreds of acres to Hawaii’s shorelines. 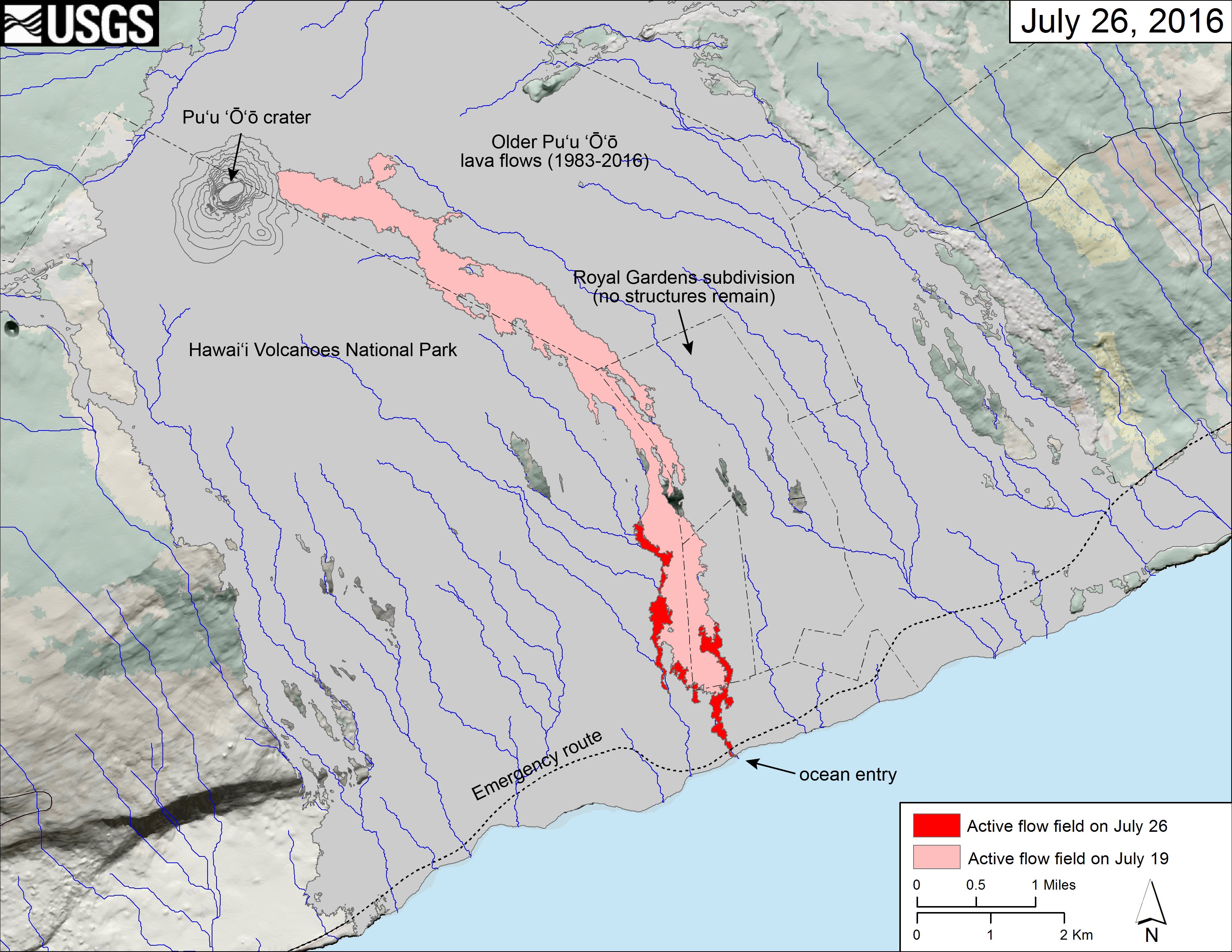 According to the USGS, lava flow 61G’s ocean entry already spans 240m. The area remains very active, and visitors are advised to exercise caution. As you might imagine, the interaction between lava and water tends to be extremely volatile.

But no sweat if you can’t trek out to Hawaii to see the land-building process in action. The Hawaii Volcano Observatory is posting photos of ongoing ocean lava ooze here, and you can keep up with the eruption at Kilauea via several webcams.