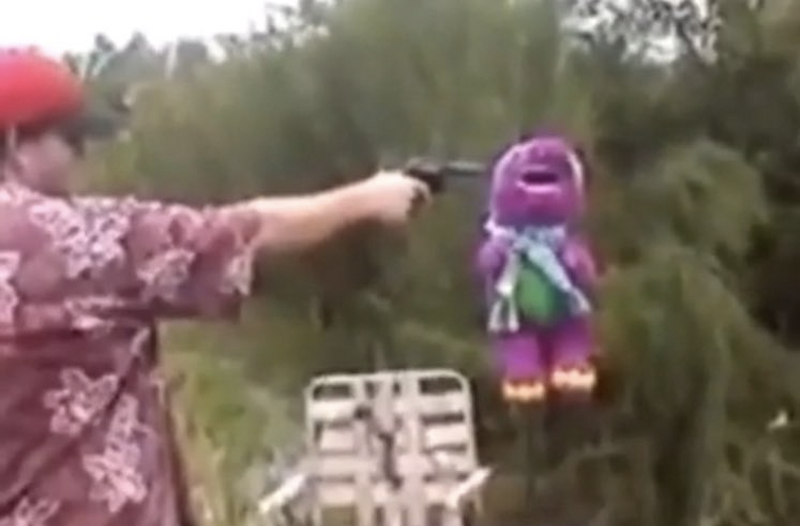 Spend enough time scrolling through social media and you'll find one: A photo that's too strange to just be "creepy", too puzzling to just be "mysterious", too sinister to just be "weird". That, my friends, is an image that's been cursed. Photo: Twitter/@cursedimages

In the early days of the internet, these pictures lived alongside more explicit images on shock sites like rotten.com, but since last month, @cursedimages has been collecting the finest (PG-rated) examples of the genre on Twitter. Some of them are old favourites while others have yet to gain greater infamy, but all of them are clearly sent from Hell.

To learn more about these photos of the damned, Gizmodo spoke to @cursedimages' creator, who explained the genesis of the account.

"Earlier this year, I had seen one or two posts on Tumblr of an unexplainable and odd picture and the caption was simply 'cursed image,'" said the account's admin, who preferred to remain nameless. "It intrigued me, but when I tried searching that term to find other pictures like it, nothing came up."

"I've always been fascinated by creepy and paranormal things and had a few weird pictures saved that made me think back to the term 'cursed image,'" the admin continued. "After a few days I began seeking out more and more of these pictures and then I decided I should post them all in one place."

According to the creator of @cursedimages, there's no one element that makes an image obviously "cursed".

"Cursed images, to me, leave you with a general uneasy feeling," said the admin. "There could be certain qualities, like someone looking directly at the camera or an orb floating in the background."

"I know sometimes I post images that seem more silly that cursed, but I try to stay true to that weird feeling. I think a good balance of funny and creepy is important, and it leaves people wondering if the whole 'cursed' thing is really a joke or not."

Asked if they had a favourite photo, however, @cursedimages' admin found it easy to name a single image.

"This picture just fascinates me," said the admin of an image of a swimming hole seemingly threatened by an approaching shadow. "I always hear stories about these beautiful and terrifying pools of water that go down forever. Sometimes the lakes have a dark history, like a kid diving too deep and never coming back up or someone seeing an unrecognisable creature swimming down with them in the depths. This definitely gives me that feeling, and I can't help but imagine this picture documents a body of water like that."

In addition to trying to shock and amuse the account's followers, @cursedimages' admin saw their mission as giving a second life to the photos.

"Many of these images already were sort of forgotten," said the admin. "I found a few buried deep in weird and abandoned paranormal photography websites. But the really humorously odd ones have definitely turned into more than what the photographers intended."

"It really leaves the story behind it up to you, and you're just dying to know the purpose behind these pictures," the admin continued. "If the photographers hadn't decided to share these bizarre images with the world, they could've been buried and forgotten. I think it's nice to be able to transform them into this idea of a 'cursed image', and let others appreciate just how weird these images are."