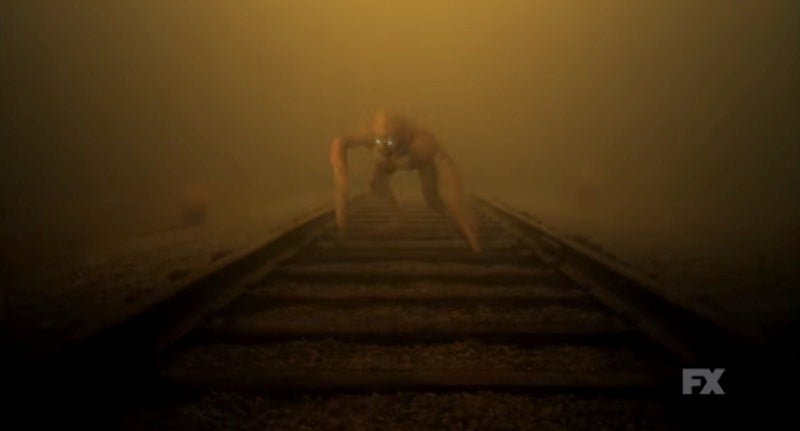 American Horror Story's sixth season kicks off in the US on September 14, and the anthology show has yet to reveal its theme. Sure, fine. Building anticipation and all that. But the ad campaign leading up to the premiere has been peppered with "misdirects," according to the head of FX. Here's the newest promo, which dropped today.

Last week, after those six promos — and some widespread internet speculation based on set photos that appeared to suggest some kind of Lost Colony motif — FX boss John Landgraf said that he and show creator Ryan Murphy had schemed not only to keep the theme secret, but also to drop false clues about it.

According to the Hollywood Reporter:

"There are many more trailers than you've actually seen for hypothetical seasons of American Horror Story — different genres, different places," Landgraf said of the season-six campaign. "One of them is accurate; the others are all misdirects."

On paper it's a clever idea. And the execution of the trailers is actually quite good — American Horror Story's style and way with production design is always on point.

However. The problem is not that we're going crazy trying to figure out the theme, as Landgraf and Murphy dearly hope. The problem is that NO ONE CARES THAT MUCH ABOUT THE STUPID THEME. The stakes are not that high, you guys. This isn't Game of Thrones or The Walking Dead, where new seasons continue storylines that we've cared about for years, and glimpses of what's to come send fans into speculation frenzies. Who do they think is sitting around actually trying to figure out which of the promos is the real deal? Colonial America living-history participants who're hoping against hope that they will finally see a gory TV melodrama in their favourite setting? Sarah Paulson devotees who're dying to see her wield a chainsaw and make some Texas barbecue?

OK... that last one would be pretty awesome. I'll be putting my money there, and tuning out any and all further promos until the damn thing finally premieres.