What Is This Weird Bend In Saturn's Rings? 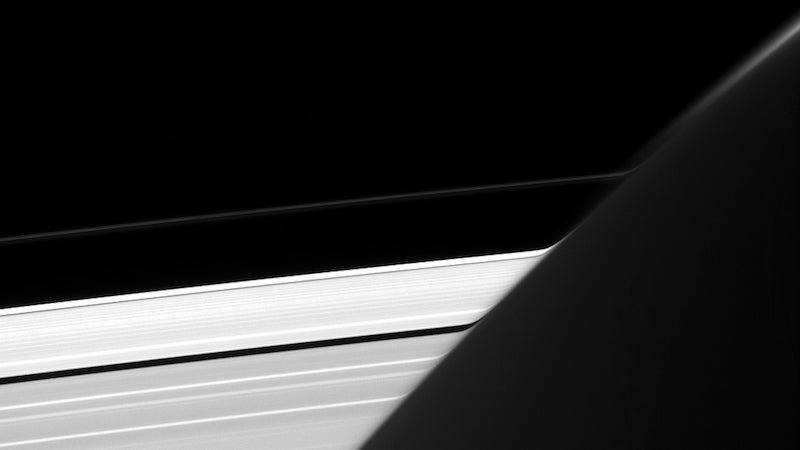 Look closely at this photograph of Saturn. There, in the planet's two outermost rings, is something very strange. Right where they pass behind the planet, those rings are bending. This photograph of Saturn's bent A and F rings was snagged by Cassini's Saturn-monitoring cameras from approximately 1.8 million kilometres away last month and just released by NASA today. What's going on isn't a real bend, though, it's an optical illusion caused by the incredible brightness of the rings.

Saturn's rings throw off a considerable amount of light, more even than any of the stars around the planet. A lot of that light is absorbed by the planet's atmosphere, but some of it also simply passes through the atmosphere. When the light passes through, the atmosphere acts like a lens, bending it as it moves into space.

The end result is that rings appear to bend around the planet, even though Saturn's rings remain as straight as ever. You can see the full photograph below: 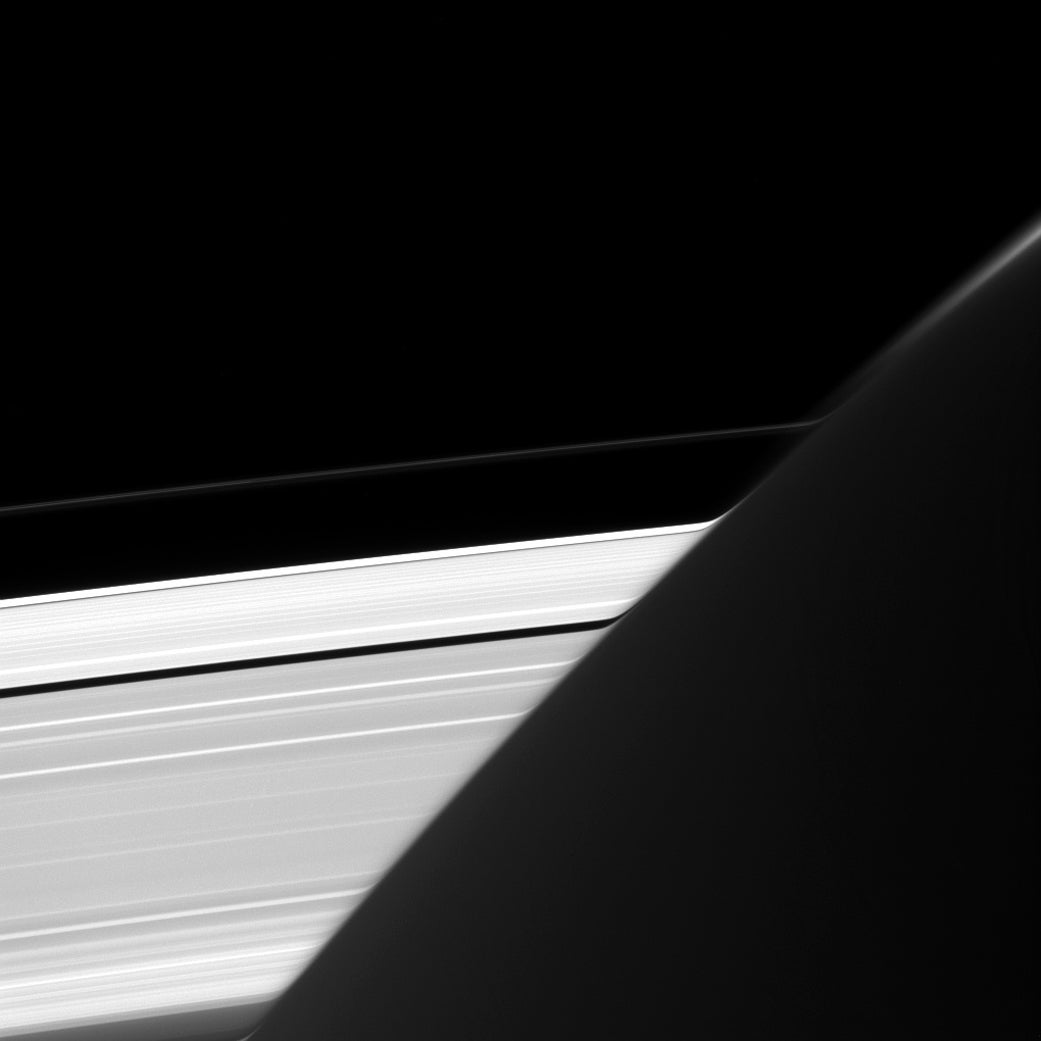