This Crawling, Climbing Worm Bot Is A Never-Ending Night At The Club 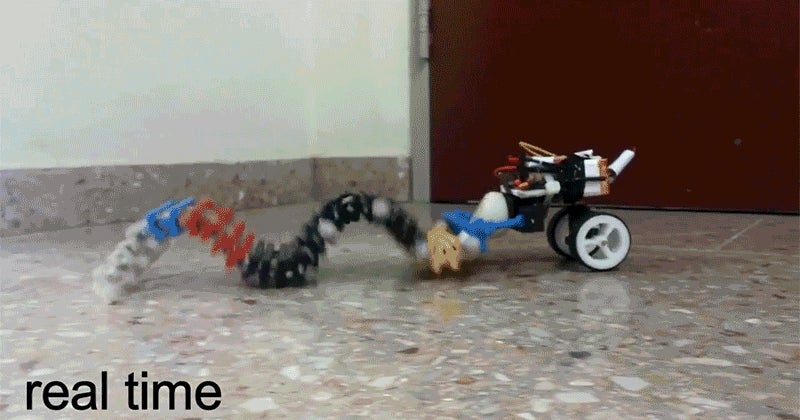 In an attempt to design robots that are as simple as possible, David Zarrouk's latest mechanical creation takes its inspiration from a funky '80s dance move known as the worm. Using just a single motor it's able to scoot across the floor by undulating its flexible body up and down, which also allows it to swim, and even climb narrow spaces.

While the dance move that inspired SAW's movements is called the worm, the robot doesn't actually move anything like the creepy crawlies you dig up to go fishing. Real worms move by expanding and contracting their bodies, where as SAW — short for Single-Actuator Wave — uses a rotating wheel to move its 3D-printed flexible spine up and down in the shape of a sine wave.

SAW actually moves more like a fish swimming through the water, which is why it's able to move through the water as efficiently as it can on land. In its current form the robot's really only useful as a research tool, exploring novel alternatives to walking, rolling and other means of robotic locomotion. Its unique design allows it to easily clamber over irregular terrain, which could be useful for the robots we send to explore other planets.