The BBC Wants To Bring Back Time Commanders 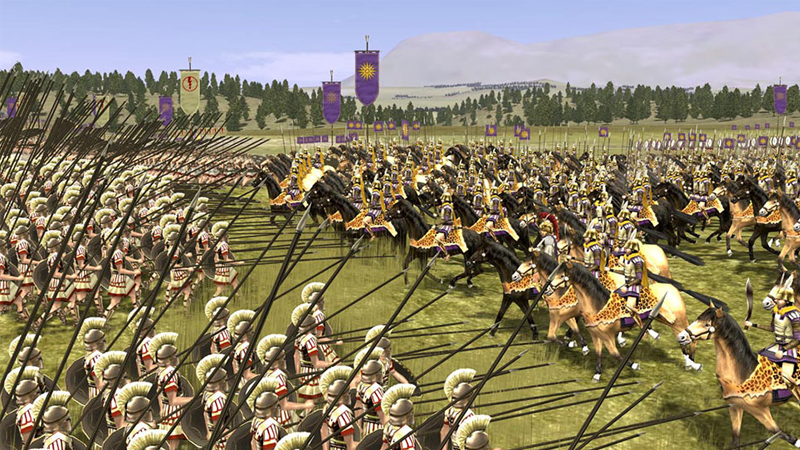 If you're not from the UK, that headline is probably bound to elicit a confused face rather than the excitement it deserves. Allow me to explain! Time Commanders was a quasi-history show/game show that aired on BBC 2 in the early 2000s, where a team of contestants were tasked with playing out a famous battle from Ancient Roman history, seeing if they could either win as history dictated or overcome the odds of the past.

But the weird and wonderful thing was that the battles themselves were played out in a computer simulation — specifically, a heavily modified version of Rome: Total War, an entry in Creative Assembly's line of strategic computer games that has covered settings from Rome, to Medieval Europe, to 16th century Japan and now, bizarrely, even to the fantasy world of Games Workshop's Warhammer. Historians would provide input on the units at play and shape the A.I. that the contestants would battle in order to make sure things played out as they did in the actual historical battles they were depicting. It was even hosted by Top Gear's Richard Hammond! Here's an entire episode, featuring a group of Vicars attempting to survive the infamous battle of Teutoberg forest:

It was great — both from an educational perspective and the fact that it was a bunch of random people playing Rome: Total War, while the short guy from Top Gear provided commentary. On primetime television. God bless the BBC!

And now, it's on its way back to TV. According to IGN, the corporation is now actively seeking contestants for a new series of the show. Although there's no word on whether or not Creative Assembly are involved in the new series, it would be surprising if the studio weren't. After all, it was kind of the whole point of the show. Since Time Commanders ended, they have even released a sequel to Rome: Total War, so there's a shiny new(ish) game for them to use, to boot.

Hopefully it will be just as great as the old show — and, hopefully, the show will make its way over to Australia, too. Between this and the return of Robot Wars, the BBC is tickling a very specific part of my nostalgia lately.