Snapchat Sued For Showing Kids Sexually Explicit Content Against Their Will 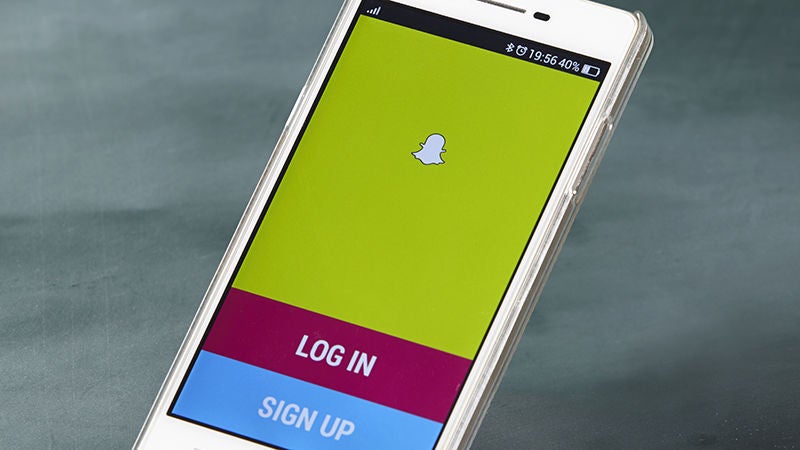 Snapchat is advertised as for ages 12 and up, but are 14-year-olds ready to see content like "10 Things He Thinks When He Can't Make You Orgasm"? Not if you're the anonymous 14-year-old (and his mother) who filed a class-action lawsuit claiming that the material in Snapchat's Discover section is too sexual. Unlike personal snaps sent from user to user, the public Discover content is produced by Snapchat's media partners. In addition to the orgasm piece, the lawsuit called out articles like "F#ck Buddies Talk About How They Kept It Casual", all of which are available without adult content warnings. But the real trouble began when the 14-year-old came across a BuzzFeed piece that used Disney images.

Ominously, according to the complaint: "Something was obviously wrong and different with these images." The article was "23 Pictures That Are Too Real If You've Ever Had Sex With A Penis" and used stills from Disney movies with explicit captions.

The lawsuit alleges that the material violates the Communications Decency Act and that Snapchat is being negligent by posting it without warning. Although a spokesperson said that the company's partners have editorial independence — which would make Snapchat immune due to a clause in the CDA that protects third-party content — sources tell The Verge that Snapchat "often exercises a heavy hand in guiding them on the look and feel of stories".

It's fairly clear that the material is not appropriate for 13-year-olds, but Eric Goldman, a law professor at Santa Clara University, tells The Hollywood Reporter that he's unsure how well the lawsuit would hold up in court. The plaintiffs are hoping to get money in compensatory damage and make Snapchat implement warnings about adult content or a feature that lets parents block such content.

If Snapchat really does provide the ability to have "parental controls" (highly likely), it will be a sign that Snapchat really is getting overrun with olds. Oh well. Snapchat is ruined anyway.

[The Hollywood Reporter, The Verge via Engadget]